Qatar Airways to Track Its Aircraft Minute by Minute 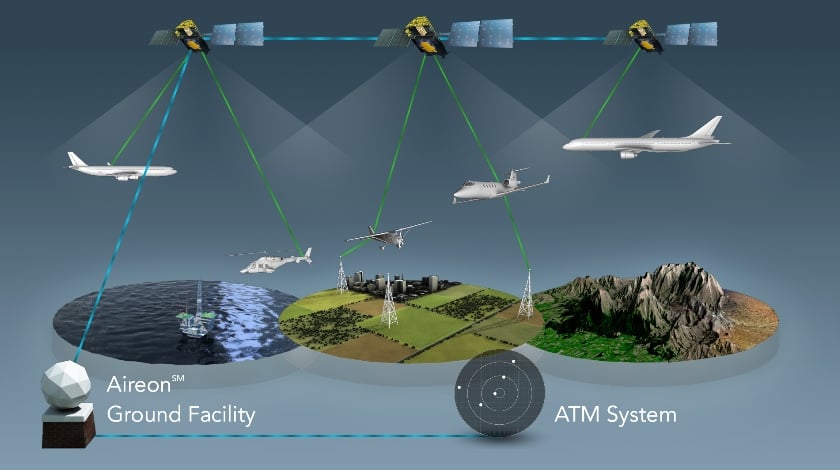 Qatar Airways is to track its aircraft in flight in almost real-time from 2018.

It will be one of the first airlines equipped with this kind of surveillance system – with the aim of avoiding a repeat of the MH370 disaster.

Today 70% of the world’s airspace is off the radar for traditional, line-of-sight Air Traffic Control. In sharp contrast, the new space-based system will cover 100% of the planet, including oceans, mountains, Polar Regions and other remote areas.

The Qatari airline will soon be in a position to monitor the position of its long-haul aircraft minute-by-minute. It will deploy new GlobalBeacon technologies, developed by American companies, Aireon and FlightAware.

The monitoring employs an on-board system, which sends signals to a constellation of 66 (Iridium NEXT) satellites, kitted out with ADS-B (automatic dependent surveillance broadcast) receptors. These low-earth-orbit satellites retransmit the aircraft’s precise position to stations on the ground.

The service should be operational by early 2018, once the seven launches by SpaceX are complete. At an altitude of 800km, their range will cover 100% of the globe. The cost of the system for airlines comes in at around $80 to $100 per aircraft per month.

Under new rules imposed by the International Civil Aviation Organisation (ICAO), surveillance of aircraft will soon be obligatory. In two years, all commercial aircraft will have to transmit their exact location while in flight every fifteen minutes, and from 2021 once every minute in case of distress.