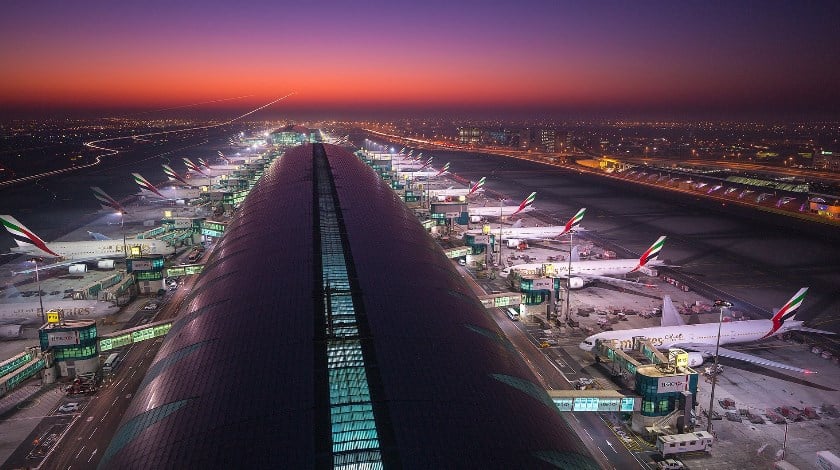 Passenger traffic at Dubai International has exceeded all previous records in July surging to an historic high of 7.6 million, according to the monthly traffic report issued by operator Dubai Airports today.

Eastern Europe was the fastest growing region in July up 33.4 per cent, followed by Asia which grew by 20.8 per cent, and the Indian subcontinent at 17.1 per cent. GCC traffic rose 16.2 per cent while North America registered a 13.9 per cent increase.

Traditionally a strong market, India was the top destination country with 990,213 passengers, followed by the UK (573,025 passengers), and Saudi Arabia (475,841). London, Doha, Mumbai, Kuwait and Bangkok headed the list of the most popular destinations served from DXB.

“This summer was the busiest in DXB’s history with daily traffic averaging a quarter of a million passengers across the three terminals. We are pleased as much with the growth as we are with the way we managed service levels by implementing detailed operational plans, boosting staff levels, intensifying communication efforts with our business partners and customers during the peak period,” said Paul Griffiths, CEO of Dubai Airports.

Meanwhile DXB is preparing for another increase in passenger numbers in the second week of September when millions will observe the Islamic festival of Eid Al Adha and perform the annual pilgrimage of Hajj. The airport will host a number of exciting activities and aims to delight passengers with gifts and prizes as part of the [email protected] campaign to encourage them to arrive early to the airport and enjoy all that is on offer.