Reported Drone Collision Might Have Been a Plastic Bag 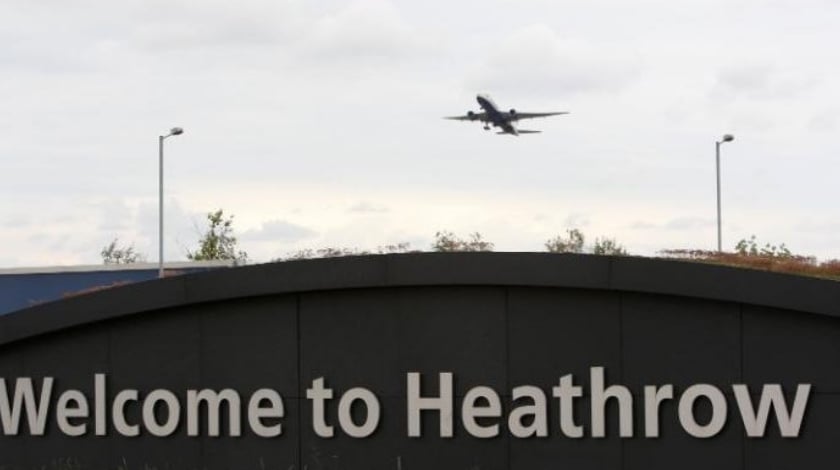 It would seem that airport authorities should not count their drones before they’re crashed, or something like that. British newspaper The Telegraph reports that a transport minister admits that the widely reported rogue drone colliding with a passenger jet last weekend may have actually been a plastic bag.

Transport minister Robert Goodwill, commenting on the reported collision, says that authorities have not confirmed that there was a drone involved in the incident. While the Air Accidents Investigation Branch and the Metropolitan Police are both investigating, there has been no evidence found to indicate that the object in the reported collision – which evidently caused no damage whatsoever to the aircraft – was a drone. Apparently that was merely a rumor spread by local police on Twitter:

“The reported drone strike on Sunday has not been confirmed it was actually a drone. It was the local police force that tweeted that they had a report of a drone striking an aircraft… And indeed the early reports of a dent in the front of the plane were not confirmed – there was no actual damage to the plane and there’s indeed some speculation that it may have even been a plastic bag or something. I’ve not actually landed a 747 at Heathrow but I’ve landed the simulator and the pilot has a lot of other things to concentrate on so we’re not quite sure what they saw so I think we should maybe not overreact too much.”

The collision was heavily reported globally earlier this week, with exaggerated headlines from CNN claiming that a “Tragic Drone Strike With Plane ‘inevitable’” and the UK’s Mirror headlining one article “Drone Crashes Into British Airways Passenger Jet.” Authorities and politicians all over the world raced to call for stronger regulations to control recreational drones.

Mr Goodwill apparently was one of the few to keep his head and dismiss calls for tighter regulations, saying that current rules – which are similar to those found in the US, prohibiting drone use within 5 miles of airports and above 400 feet in altitude – were sufficient.

“There are already existing laws in place that require the user of drones to maintain direct unaided visual contact with their vehicle and not to recklessly or negligently permit an aircraft to endanger any person or property,” said Goodwin. “So this instance that we’ve read about and is alleged were already breaking existing legislation and the Department [of Transport] and the Civil Aviation Authority (CAA) are working with a wide range of industry partners across the sector, including manufacturers, airports and airlines to ensure our understanding of potential hazards to aircrafts remains up-to-date.”

While a minister has now publicly acknowledged the lack of evidence in the incident, it is doubtful whether a nervous public will change their perception of drones as imminently dangerous; or politicians back down from calls for stronger regulations.

The damage has already been done here in the U.S., where Senator Nelson (D-FL) cited the incident as an example of why drone interception technology was necessary during Congressional discussion about the 2016 FAA Reauthorization bill. That bill was cleared through the Senate the same day:

“There are important safety reforms. Last night’s national news was led by an international news report from London about an inbound British Airways flight into Heathrow that was struck by a drone. Computer analysis has been done. What would happen if the drone is sucked into a jet engine? It can certainly cause it to be inoperable and might start an explosion. Remember what happened when two seagulls were sucked into the engine of a flight called the Hudson River miracle, when captain Sully Sullenberger was able to belly it in because he had no power. That was caused by a seagull with feathers, webbed feet, and a beak. Imagine what the metal and plastic of a drone being sucked into a jet engine could do. Do we need any more reminders?…This bill has a pilot program to test and develop technologies to intercept or shut down drones when they are near airports.”