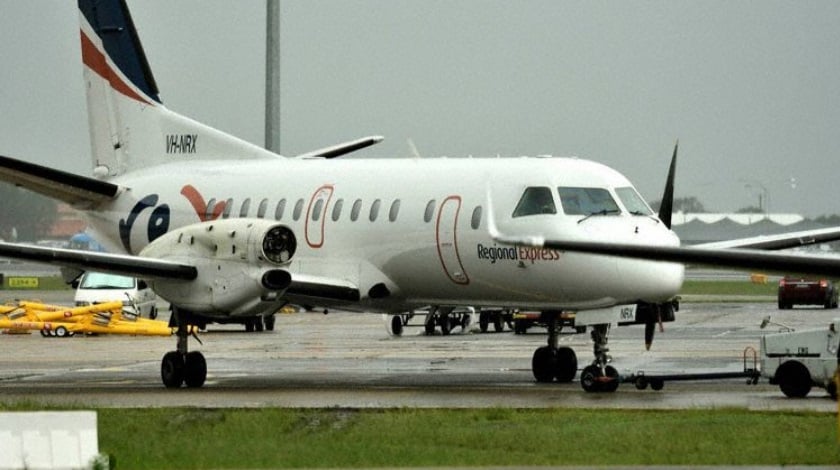 A REX Regional Express Saab 340B performing flight from Albury to Sydney with 16 passengers and 3 crew was descending  towards Sydney when the right hand propeller had sheared off.

They still were able to fly with normal handling of the aircraft. Air Traffic Control stopped departures and sent arriving traffic into holds advising a runway inspection was needed, only one runway would remain available and they couldn’t estimate when the second runway would become available again due to the landing with one propeller sheared off.

A second PAN aircraft (medical emergency), that had earlier been assigned to runway 16R, too, was reassigned runway 16L. The Saab continued for a safe landing on Sydney’s runway 16R about 25 minutes later.

Australia’s TSB reported the occurrence was rated a serious incident. Three investigators with expertise in materials failure engineering have been dispatched on site.

The ATSB urged: “The ATSB urges anyone who finds a piece of suspected aircraft debris NOT to handle it. Please call the local police or the ATSB on 1800 020 616.”

Sweden’s Statens Haverikommission (SHK) assigned an accredited representative to assist the investigation by the ATSB.

A Saab 340A, registration N146CA, had lost the right hand propeller on Nov 21st 1991 following engine (CT7) vibrations. The NTSB concluded in their final report then: “A FATIGUE FRACTURE ON THE PROPELLER SHAFT, THAT ORIGINATED AT A SUBSURFACE SLAG INCLUSION, WHICH REMAINED IN THE MATERIAL USED TO MANUFACTURE THE SHAFT.”