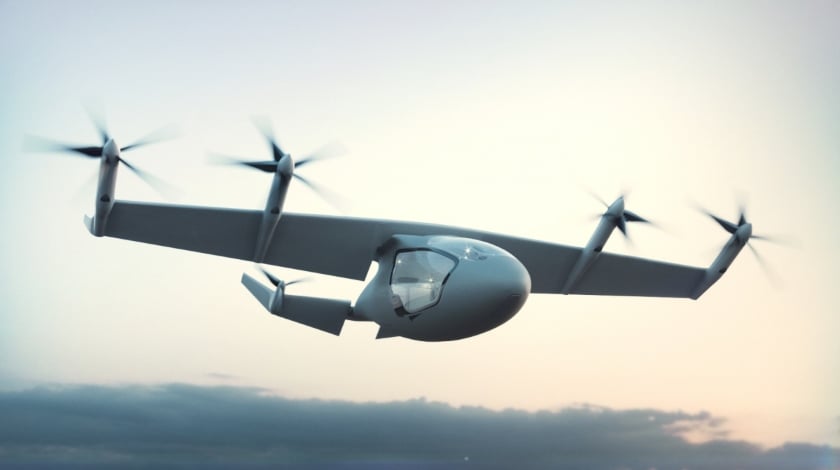 Rolls-Royce, a long-standing and reputed name in the aviation industry, utilised the opportunity of the biennial airshow to unveil its new electrical vertical take-off and landing (eVTOL) vehicle concept.

Featuring a hybrid propulsion system, which will be capable of delivering approximately 500kW of electrical power, the eVTOL aircraft is expected to have a cruising speed of 250mph and range of 500 miles.

In terms of capacity, the concept’s design is adaptable and depending on the configuration, can comfortably seat between four to five adults.

Powering the aircraft is an M250 gas turbine that will be modified and incorporated into the hybrid electric propulsion system.

“It [eVTOL] is a winged concept and we think that’s quite important because it means you can fly faster and you can also fly further, because the wing gives you increased efficiency over a rotorcraft, such as a helicopter,” comments David Debney, chief of Future Aircraft Concepts Future Technologies Group, Rolls-Royce.

The other key thing is that it is a hybrid propulsion system. It is not fully electric. It is a combination between gas turbine, which would normally go in a small helicopter, and a battery“

As the company’s first foray into the small aerial vehicle space, the design behind Rolls-Royce’s eVTOL can be adapted for a variety of roles, such as private and public transport, cargo operations, as well as military applications. In the case of freight operations, the aerial vehicle will have a payload of 500 kilos.

When pressed about where EVTOL will find its niche within the aviation space, Debney shares that the concept will initially compete with the light helicopter market.

Unlike commercial helicopters that already operate within a city’s limits, however, which are typically reserved for use by high-net-worth individuals and emergency services, Rolls-Royce is aiming to position its aircraft to become a “transport solution for the general public”.

Rolls-Royce also shares that while initial models will unlikely be fully autonomous, due to the current state of regulations, the concept is certainly capable of becoming completely pilotless further down the line. As it stands, Rolls-Royce’s eVTOL will be highly automated right out of the box.

“Our intention is to have it [eVTOL] highly automated to start with. Whilst the pilot will be the ultimate decision-maker about where to fly, the aircraft will actually do the flying,” explains Debney.