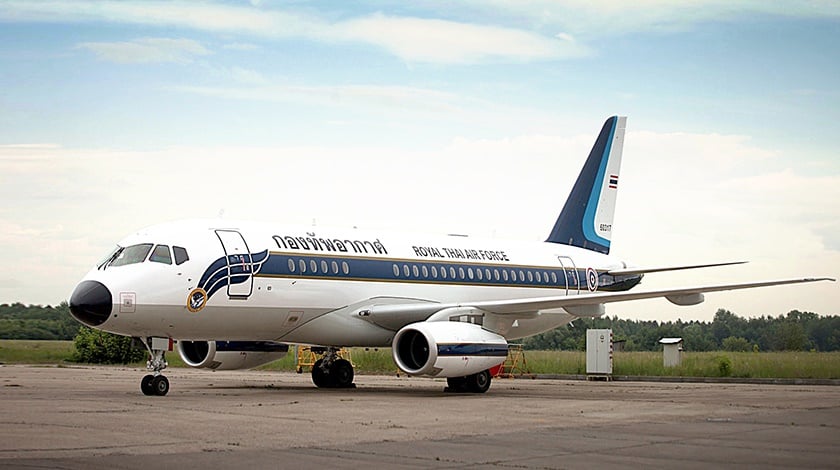 The aircraft will be providing VIP transportation services for Thai top officials and government leaders as well as to the High Command of Thailand. The two SBJs are the company’s first business jets acquired by an overseas customer.

The version of the SBJ designed for RTAF has three sections differing in comfort level: a 4-seat VIP area, a 6-seat business class area, and a passenger compartment for 50 people. The aircraft ensure maximum passenger comfort, including communication and Inflight-Entertainment systems.

The SBJ’s flight range is over 4500 km. The aircraft, including the interior, were assembled in Russia. In-service maintenance support for the RTAF jets will be provided in Thailand. The aircraft are delivered to RTAF as part of the bidding and procurement process for which SCAC was awarded a contract in 2014.

The delivery of the SBJs to The Royal Thai Air Force is our debut on the global business aviation market. The SBJ provides premium level air service and demonstrates SCAC’s flexible approach to our customers’ preferences. It is a great honour for SCAC to have produced the VIP version of our aircraft for Thai leaders and we are confident that our SBJ will be a success.