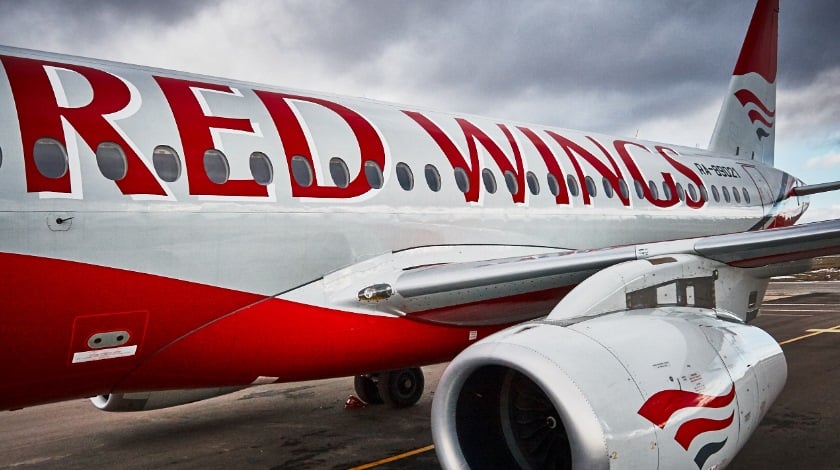 The Russian Ministry of Industry and Trade has proposed turning Red Wings Airlines into a vehicle for injecting up to 100 Sukhoi Superjet (SSJ100) regional jetliners into the domestic route network, Kommersant daily reports. The Transport Ministry reportedly proposed the initiative. Red Wings was chosen for its previous operational experience with the type.

The plan calls for Red Wings to be used as the base for the establishment of several new regional carriers that would operate flights between Russian cities of over 200,000 population. The idea is to be implemented between 2018 and 2022. It is understood that the newly established carriers’ routes will be subsidized by the government.

Line maintenance stations for SSJ 100s are planned to be set up in up to nine Russian regions.

The Ministry of Industry and Trade says its main goals for the project are to boost domestic SSJ 100 sales and promote air services as a transport mode to the population.

Red Wings, and its parent company Ilyushin Finance Co., have since confirmed the government’s plans but declined to reveal any details. The proposal is still in the early stages, the carrier noted.

Red Wings has previously had an unsuccessful experience with SSJ100 operation. As General Director Yevgeny Klyucharev told Russian Aviation Insider, Russia’s United Aircraft Corporation (UAC), of which SSJ100 OEM Sukhoi Civil Aircraft Company is a part, proposed a similar plan to the carrier in the past in order to promote the type, but the deal fell through.