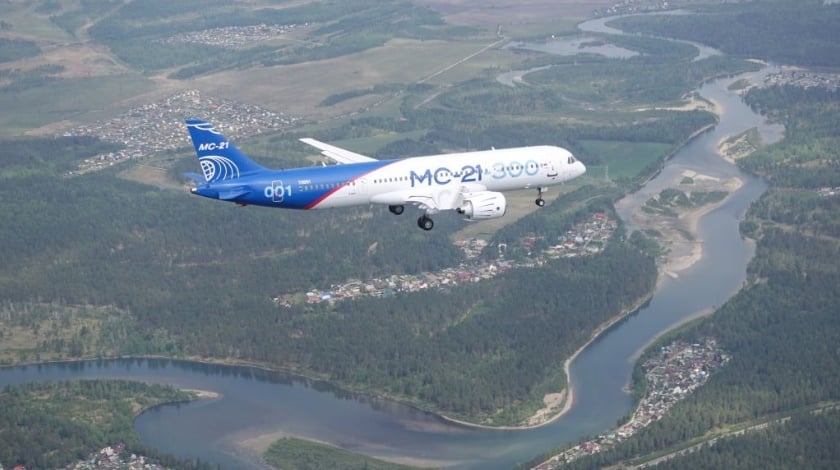 According to the purchasing data, the order is “governed by the terms of the contract” which was concluded between Irkut and UTC in 2012 – “as amended.” According to the amended contract, PW1400G is the only suitable foreign-made engine for the MC-21.

The aircraft manufacturer says that the MC-21-300 sales backlog currently stands at 175 firm orders – 10 to be delivered to IrAero Airlines and the remainder to state-run lease companies, with Avia Capital Services (Rostec’s subsidiary) due to receive 85 units (50 of which will be leased to Aeroflot); 50 to the Ilyushin Finance Co (16 are for Red Wings); and 50 to VEB Leasing.

Currently three MC-21-300 prototypes are being tested under the new type’s certification programme that is being carried out at the aerodrome of Gromov Flight Research Institute (Ramenskoye) at Zhukovsky.

It is expected that the basic version of the Russian aircraft – powered by PW1400G engines – will obtain the certificate of the Russian Federal Air Transport Agency in 2020. Serial production of the type is scheduled to start in 2021.

An MC-21-300 version powered by Russian-made United Engine Corporation (UEC) PD-14 engines, is currently being built at the Irkutsk Aviation Plant, and Denis Manturov, Russia’s minister of industry and trade, stated that tests of the MC-21 with the PD-14 engines will start early next year.