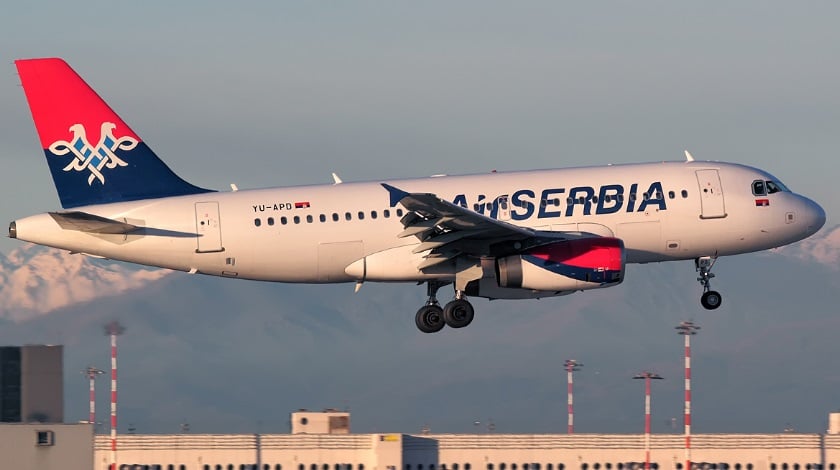 Serbia and Kosovo have agreed to accelerate plans to establish flights between Belgrade and Pristina. At last week’s high-level EU-moderated reconciliation talks in Brussels, the two sides discussed ways in which to avoid drawn-out bureaucratic procedures and unresolved airspace issues which could delay the service launch. Since Serbia and Kosovo have not regulated portions of their airspace which border each other, the Serbian delegation has suggested for Air Serbia’s aircraft departing Belgrade to fly into Macedonia before turning north-west towards Pristina, and thus avoid direct entry from Serbia. The routing would add an additional fifteen minutes to the journey.

Kosovo’s Deputy Minister for Foreign Affairs, Petrit Selimi said, “During our next round of talks, it is very important that we find the best and most affordable way to travel by plane between Belgrade and Pristina, but that surely isn’t via Macedonia”. He added, “Airports across the Balkans are very interested in handling passengers from Kosovo. I believe Skopje and Tirana, but especially Belgrade want a slice of the cake”.

Late last year, the Serbian Prime Minister, Aleksandar Vučić, spoke of the importance of resuming services between Pristina and Belgrade in order for travellers to transfer onto Air Serbia’s planned flights to New York. He added that Air Serbia hopes to tap into the large “Albanian diaspora living in New York”. “We want our national airline to land at Pristina Airport”, he said. New York City was Pristina Airport’s busiest unsereved route during 2015. Some 13.000 travellers flew from Pristina to JFK and Newark Liberty airports last year. Of those, 10.000 were headed for JFK Airport to which Air Serbia intends to launch flights this June. Other routes in North America which saw a notable number of passengers departing Pristina included Chicago, Washington and Toronto.

Due to the difficult and sensitive past shared by the two sides, it has been suggested for Air Serbia to initially run flights to Pristina with its Aviolet branded aircraft, so as to avoid Serbian signage and branding at Pristina Airport for the time being, though the Kosovan side has not requested for such measures. If all goes to plan, flights between Belgrade and Pristina could launch at the start of the 2016/17 winter season. Meanwhile, Pristina Airport saw its busiest January on record. It welcomed 120.531 passengers, an increase 12.8% compared to the same month last year. Furthermore, it registered 1.019 aircraft movements, up 10.4% on January 2015.