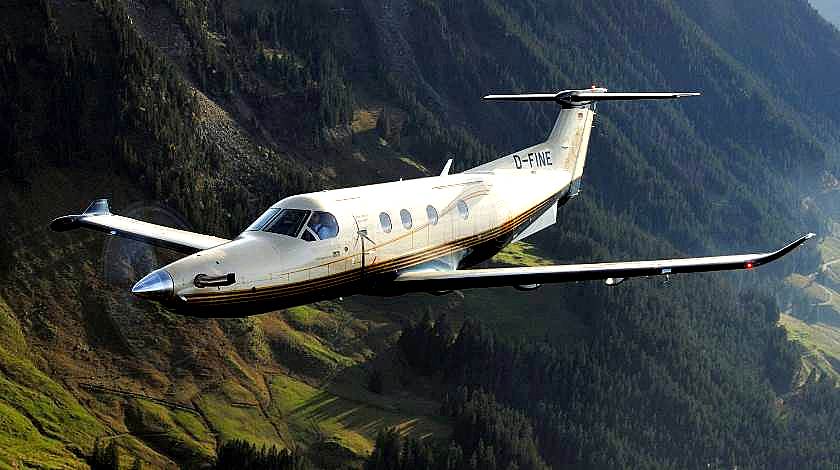 Single-engined turbine aeroplanes (SET) are aeroplanes with one turboprop or one turbojet engine. They are currently only allowed to be flown commercially in daytime, with weather conditions allowing the pilot to fly the aeroplane with visual reference to the ground, obstacles and other aircraft . When it’s dark, or very foggy or cloudy, the pilot would have to rely on instruments to navigate and avoid obstacles. Such is a situation when the pilot flies under ‘instrument meteorological conditions’ (IMC). At present, this is forbidden for all single-engined aeroplanes that are operated commercially.

What have been the limitations so far?

But there are countries in Europe with wide and empty spaces, or with isolated areas. These places are often difficult to reach by car, train or scheduled flights. There are as well some routes in Europe which can only be operated by such aeroplanes because of some necessary performance capabilities or cost efficiency. In several EU countries, some commercial operators of single-engined turbine aeroplanes are nevertheless – within limitations – allowed under a derogation to carry fare-paying passengers or cargo (CAT- Commercial Air Transport) in IMC conditions or at night.

Other European countries have up to now been reluctant to allow passenger or cargo transport with such aeroplanes on a commercial basis under these IMC conditions. Their concerns have been that the combination of an aeroplane with only one engine, flying with reduced visibility and carrying paying passengers or cargo on a route over potentially densely populated areas would be too risky.

However, instruments and engines have become very reliable – in particular turbine engines. Such operations are now considered to be as safe – or even safer – than similar operations with twin-engined aeroplanes. Consequently, a common European rule will make CAT SET-IMC operations accessible throughout Europe. It will open up economic possibilities while ensuring safety. It will enable opening up new low-density routes, and it will make life easier for the people who live in these remote places. This is why EASA – together with operators, manufacturers, pilots and EU Member States – has worked on a proposal for common European rules on CAT SET IMC. These rules will guarantee high safety standards, mainly in the area of maintenance and aeroplane operations, including pilot training.

This proposal has now been finalised and published as Opinion 06/2015, and as such has been submitted to the European Commission for the further decision-making process.