Small Planet Airlines to Become the Largest Carrier in the Baltics 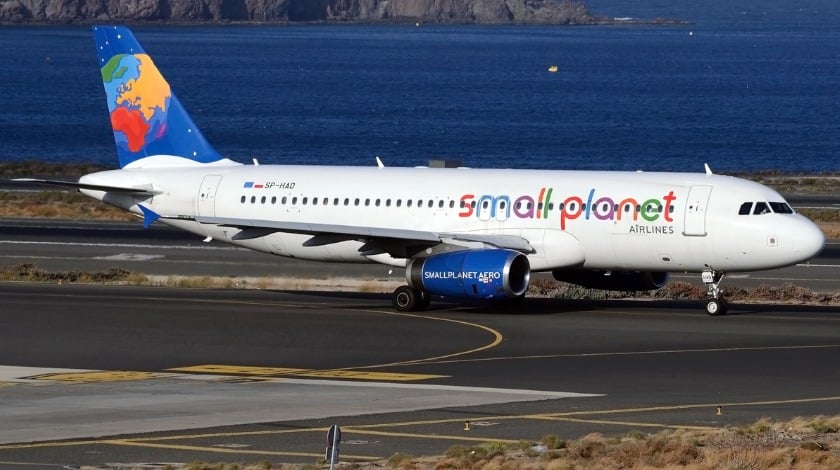 Leisure carrier Small Planet Airlines has announced financial results for the year 2017, reporting a profit of €5.1 million and full recovery from a loss incurred in 2016. The company grew its yearly revenue to €323.1 million, a 45% increase from the year 2016, and transported 2.7 million passengers – 35% more as compared to the previous year.

Small Planet Airlines reported EBITDA topped €9.6 million, a significant increase from the loss of €0.5 million in 2016.

According to the airline’s estimates, it should become the largest carrier in the Baltic states by passenger flow, revenue, and fleet size already in 2018.

“We dedicated last year to stabilizing our operations and learning from mistakes we have made, adding just 1 aircraft to the fleet. I am glad that this year we can go for a full-speed growth again! 6 additional aircraft will join us in 2018, increasing our fleet to 28 Airbus aircraft. Passenger numbers are set to increase accordingly – we hope to carry nearly 4 million holidaymakers in 2018. Revenue should increase by one-third”, comments Kristijonas Kaikaris, the CEO of Small Planet Airlines.

Improving on-time performance was a key priority in Small Planet Airlines ‘Get it Right’ strategy last year. The decision to dedicate two stand-by aircraft paid-off well: only 1.36% of flights encountered delays of 3 hours or longer. The airline is determined to improve this indicator further in 2018.

This year Germany is becoming the fastest-growing market for Small Planet Airlines with 10 aircraft to be based in various German airports.

“For years, Poland was the largest market for Small Planet Airlines operations. However, this year we do not plan any significant growth there – the situation is stable and good, and 1 additional aircraft will join the Polish fleet.

In Germany, on the other hand, the growth exceeds 200% and is influenced by various factors. Firstly, Germany is Europe’s largest aviation market, so the demand is naturally high there. The insolvency of Air Berlin opened an additional niche. Secondly, diversification of markets was always among our goals, it is not business-wise to keep your eggs in one basket”, adds Mr. Kaikaris.

According to him, the airline’s growth in Germany is key to balancing seasonality, since German holidaymakers are less impacted by winter time – Small Planet Airlines has already sold all available seats in Germany for the upcoming Winter season.

Another strategic market for improving utilization, Asia, is on a way to triple growth. At the moment, Small Planet Airlines Co. Ltd. operates a fleet of two Airbus aircraft, but the number is estimated to grow to six or even eight aircraft by the end of 2018. Based in Cambodia, the company focuses on outbound Chinese tourism, currently operating flights between Palau and Hong Kong as well as between Macau and Cambodia, Vietnam, Bali.