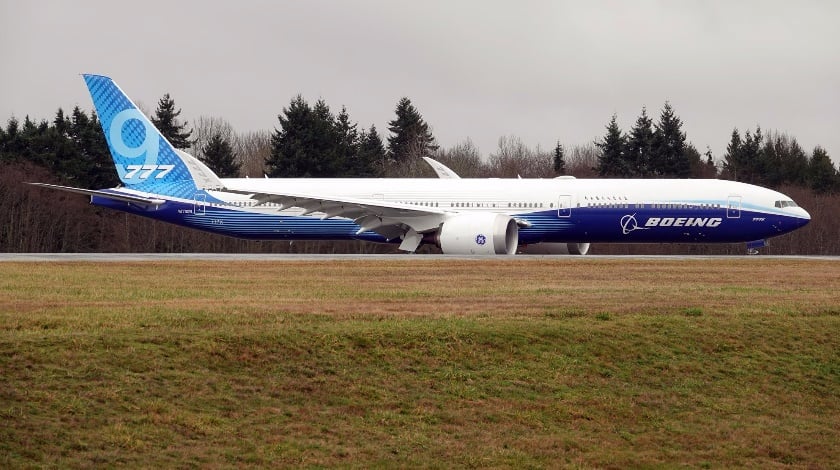 Late last Tuesday night residents near the Boeing Field in Seattle were blitzed with a loud noise created by the jet engine. The unusual noise appeared to be the outcome of ground tests run on Boeing 777-9 aircraft.

King County Airport provided Boeing with an approval to conduct engine tests on the 777X aircraft between 6 and 9 p.m. on that Tuesday evening (25 February). However, the run-up test began later than agreed and, correspondingly, lasted well into night violating airport’s noise abatement policy.

Many residents filled noise complains saying that some sounds made houses shaking and windows rattling, which is absolutely not normal.

“Boeing was conducting planned ground testing at Boeing Field in Seattle last Tuesday evening. The test extended beyond the allotted time agreed to with the King County Airport and we are sorry for disrupting nearby residents“, Boeing spokesperson Bernard Choi said to Aviation Voice.

“This was not a normal occurrence and we are making adjustments to prevent it from happening in the future”, Boeing spokesperson added.

As for now, Boeing engine testing at the airport has been suspended until further notice.

Boeing 777X aircraft is powered by new General Electric Co’s GE9X engines. In 2019 the first flight of the newest Boeing plane was postponed due to some problems detected while testing the engines.

The first Boeing 777X flight on 25 January, 2020, has marked the beginning of long and rigorous ground and flight tests preceding the certification of the aircraft.