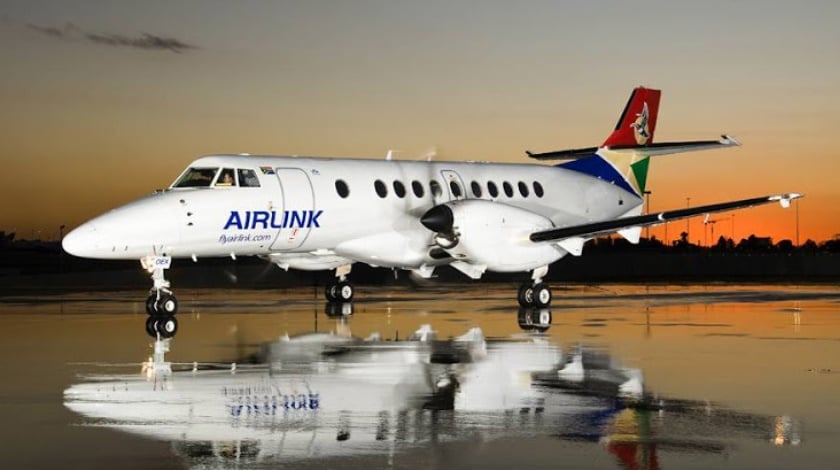 South Africa’s Competition Commission (SACC) has announced that it has found cause for Airlink to be prosecuted on charges of excessive and predatory pricing.

The regulator said in its decision issued on Wednesday, February 14, that it had taken the decision following complaints about Airlink’s business practices on the Johannesburg O.R. Tambo-Mthatha route. They were lodged by one Khwezi Tiya, Fly Blue Crane (Pty) Ltd, and the OR Tambo District Chamber of Business between 2015 and 2017.

The complainants alleged that Airlink’s prices were excessive before Fly Blue Crane entered the market. Local media outlet DispatchLIVE reported in 2017 that Airlink had offered a return flight to the capital of the former Transkei homeland for ZAR4,000 as compared to Fly Blue Crane which charged only ZAR799 for a one-way ticket. Airlink ran the route twice daily on weekdays and daily on weekends. However, on Fly Blue Crane’s entry, Airlink proceeded to add a third daily frequency while slashing fares to ZAR2,000 return.

The SACC alleged that Airlink had engaged in predatory pricing by lowering its fares to below breakeven solely to drive Fly Blue Crane out of the market. With Fly Blue Crane entering into South African Business Rescue in early 2017, Airlink resumed its monopoly on the Umtata route before jacking up the price to previous levels.

The SACC’s investigation subsequently revealed that Airlink had contravened the Competition Act by abusing its dominance from September 2012 to August 2016 by charging excessive prices on the route to the detriment of consumers; that consumers would have saved between ZAR89 million and ZAR108 million had Airlink not priced excessively on this route; that lower prices would also have resulted in more passengers travelling by air on the route, possibly contributing to the local economy of Mthatha; that Airlink engaged in predatory pricing in that it priced below its average variable costs and average avoidable costs for some of its flights; that Airlink’s predatory pricing conduct contributed to the exit of Fly Blue Crane, their only competitor at the time on the Johannesburg-Mthatha route; and the effect of the predation is also likely to deter future competition on this route from other airlines.

The SACC is seeking an administrative penalty of up to 10% of Airlink’s annual turnover for both the conduct of excessive pricing and predatory pricing. In addition, the Commission has asked the Tribunal to determine other appropriate remedies in order to correct the conduct.

“This conduct has had a negative effect on the route, even contributing to the exit of a new competitor that had entered the market in late 2016,” Deputy SACC Commissioner, Hardin Ratshisusu, said. “Our estimates further show that air travellers in that area overpaid more than ZAR100 million for the five years over which the conduct took place. The Commission is concerned about SA Airlink’s conduct and will seek the maximum administrative penalty before the Tribunal.”