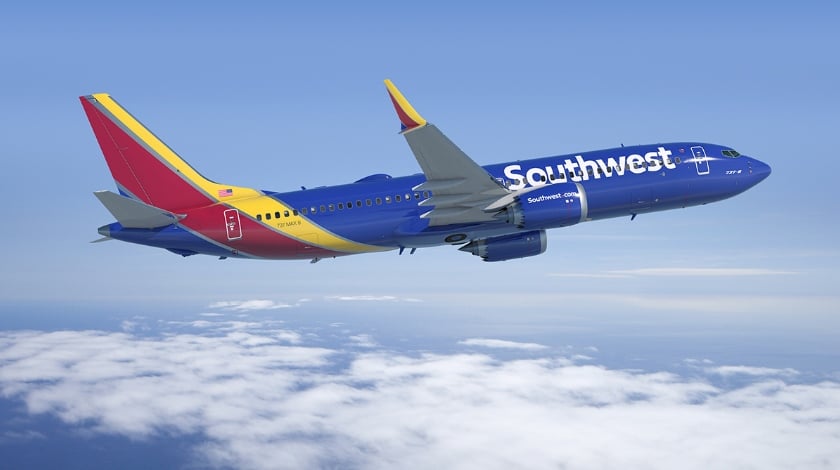 Southwest Airlines Co. extended its legacy of aircraft innovation by taking delivery of the airline’s first Boeing 737 MAX 8. Southwest is the first airline in the United States to receive the 737 MAX, and the carrier expects to take delivery of eight more MAX aircraft in the coming weeks with the intent to launch nine MAX aircraft into revenue service throughout its network on October 1.

“After 46 years of unprecedented success, Southwest Airlines has a lot more to do and a lot more places to go. Today, we have the airplane to take us there,” said Chairman & CEO Gary Kelly. “The 737 MAX opens a new chapter of efficiency, reliability, and comfort to the Southwest fleet, and its increased range allows us to take our low fares even farther.”

Southwest’s 737 MAX 8 aircraft feature a single-class cabin configuration with 175 seats, offering 32″ pitch, further enhanced by the modern Boeing Sky Interior; an LED lighting sequence for each step of the Customers’ journey; and, brand new to Southwest, a music-infused Customer Experience onboard all MAX flights with playlists that will run during boarding and deplaning.

Additionally, the 737 MAX is powered by CFM International’s all-new LEAP-1B engines, which are expected to reduce fuel consumption, emissions, and noise.

“As the launch Customer of the 737 MAX, we’ve been preparing for this moment since 2011,” said Chief Operating Officer Mike Van de Ven. “I want to offer a special thanks to Boeing, CFM, and all of the Southwest Employees who worked together to deliver this game-changing aircraft to Southwest Airlines.”