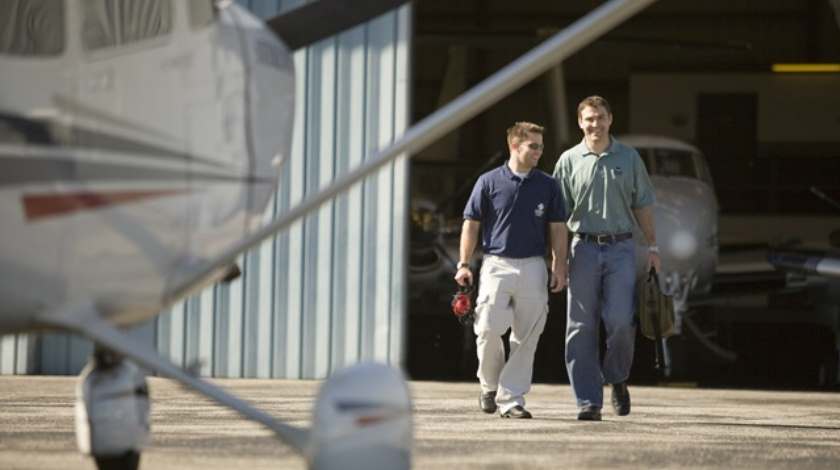 AOPA is reminding student pilots and their flight instructors that significant changes in the process of applying for and issuing student pilot certificates take effect on April 1 in conjunction with a new rule adopted by the FAA.

The FAA has estimated that it will take approximately three weeks to approve and return the new plastic student pilot certificates to applicants by mail.

That time lag is why the new rule presents some complications for a student pilot eager to participate in the aviation tradition of soloing for the first time on the sixteenth birthday.

Specifically, the new application procedures require the individual processing the application to verify that all the applicant’s eligibility requirements are met—including that the applicant is at least 16 years old at the time of the application. Given the wait time for the FAA to issue the student pilot certificate, the possibility of soloing on the sixteenth birthday seems remote.

To answer the many questions students and their instructors are sure to come up with about the new procedures, AOPA recommends reviewing the resources and frequently asked questions that the association has prepared since the Student Pilot Application Rule was published in January.

This AOPA Online article from Jan. 14, reported on the FAA’s finalization of the rule, giving an overview of the rule in its final form contrasted with the original FAA proposal, which contained provisions—eventually dropped when AOPA strongly objected—such as a requirement that the certificates include a photo of the holder.

An AOPA Podcast, “Episode 10: New Final Rule for Student Pilot Certificates,” also outlines the differences between the long-standing methods for obtaining a student pilot certificate and the new procedures.

On March 24, AOPA reported to members on a remedy the association has proposed for the complications the new rule presents to those seeking a sixteenth birthday first solo, and how to keep the new rule from spoiling those plans.

“AOPA hopes that the information provided here will serve as a guide that student pilots who have not yet applied for their certificates, and their CFIs can use to ensure a smooth transition to the new student pilot application process,” said Justin Barkowski, AOPA director of regulatory affairs.