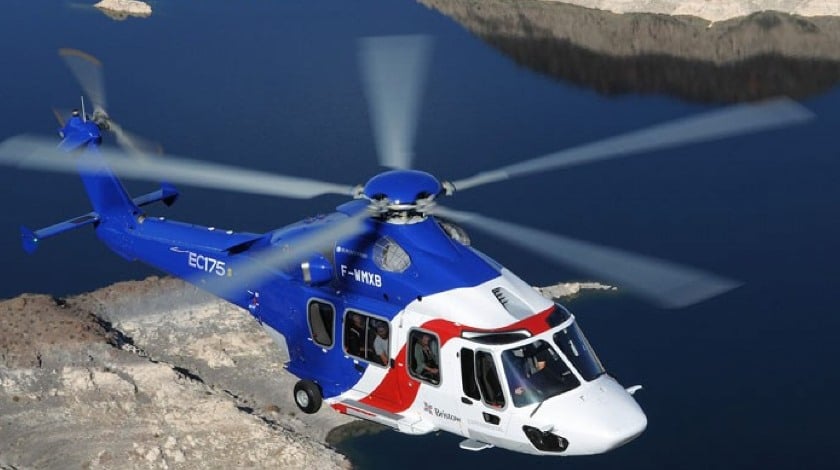 Worried by the second air mishap involving Sikorsky helicopters operated by Bristow Helicopters Limited in six months, the Federal Government has ordered Bristow to suspend the use of all Sikorsky S-76C++ helicopters in its fleet pending an audit of its operations with particular emphasis on the helicopter type.

The suspension came on the heels of last week’s ditching of one of Bristow’s Sikorsky aircraft into the Atlantic Ocean to avert a crash which could have claimed the lives of its 11 passengers and crew. The aircraft is believed to have developed a fault which the pilot could not manage to its final destination, hence the decision to land it on the ocean. Mercifully, the ditching was successfully done with no loss of lives of any of the persons on board.

Some of the occupants of another Sikorsky helicopter which crashed into the lagoon at Oworonshoki, Lagos, last year were not that lucky. Six of the passengers, who were mainly oil service company workers, did not survive the crash.

The Director-General of the Nigerian Civil Aviation Authority (NCAA), Captain Muhtar Usman, at a recent press conference in Lagos, explained that government could no longer allow the American helicopter firm to continue to use the Sikorsky aircraft in its fleet until they are audited and found to be okay for operations.

Usman stressed that the NCAA views the successive mishaps of Bristow’s Sikorsky-76C++ aircraft with utmost seriousness, and will fully discharge its responsibility by properly checking the aircraft type to ensure that it can be used for safe operations in the country.

He explained that the suspension of the Sikorsky S-76C++ aircraft, which will be on until further notice, will enable the NCAA to carry out a full scale audit of Bristow Helicopters’ operations, and the suspended aircraft type. The audit, he added, is without prejudice to the investigations currently being conducted by the Accident Investigation Bureau (AIB) on the incident.

Apart from the Sikorsky S-76++ aircraft that crashed into the lagoon in August last year, Bristow Helicopters is said to have recorded two other crashes involving Sikorsky aircraft in Eket, Akwa Ibom State, and Port Harcourt, Rivers State,with attendant loss of lives. Last week’s ditching of a Sikorsky aircraft into the Atlantic Ocean is the fifth air mishap involving Bristow Helicopters in Nigeria. The first, which occurred in February 1991, recorded nine casualties and four survivors.

The Sikorsky helicopter type reportedly forms the core of the fleet mostly deployed by Bristow Helicopters for its charter operations for energy companies and their workers in the nation’s deep offshore oil and gas industry.

The temporary suspension of the aircraft type is in order. It will aid the comprehensive investigation of the air mishaps and help to unravel their remote and immediate causes. The checks should establish the state and suitability of the Sikorsky aircraft for charter operations, and the qualifications of its pilots for flight operations.

The investigation should be able to determine whether the crashes resulted from human or mechanical error, or both.

This crash must be thoroughly investigated and its outcome made public. The aviation authorities should also make public its findings on the crash of this same type of aircraft in Lagos, last year.

The outcome of the investigation will help the NCAA to come out with far-reaching decisions on the continuing use, or non-use, of Sikorsky helicopters in the country.

We call on NCAA to use this opportunity to also audit other airlines operating in the country to ascertain the state of the aircraft in their fleets as well as the professional standing of their pilots. This has become necessary because airline operations must adhere to international best practices.