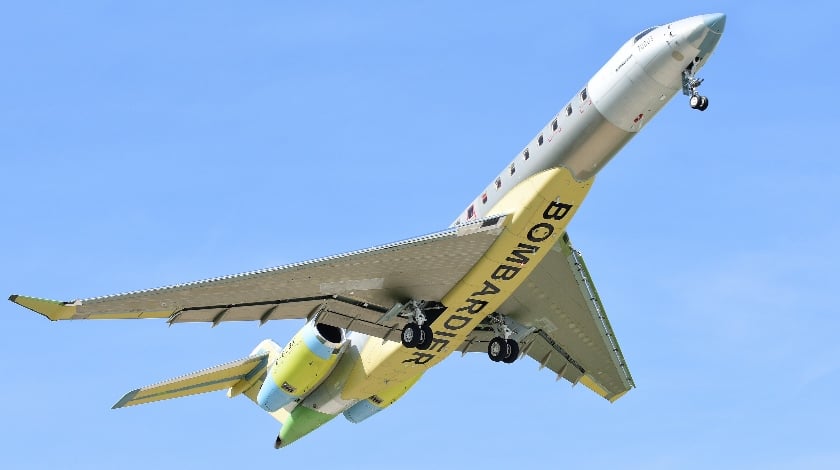 FTV3 joins a test program that has been demonstrating excellent system reliability and breaking new ground since it got underway in November 2016. Just five months into testing, the Global 7000 aircraft set a record as the largest business jet to operate so close to the sound barrier, reaching a milestone top speed of Mach 0.995.

“The Global 7000 business jet is a highly sophisticated, state-of-the-art aircraft, and we are pleased that our flight test vehicles have been showing a high degree of maturity,” said Michel Ouellette, Senior Vice President, Global 7000 and Global 8000 Program. “Our test program’s development and certification schedule is on track, and the addition of our third flight test vehicle is in line with our commitment for certification in 2018 as we accumulate more flight hours.”

FTV3, dubbed “The Navigator,” will be used to test the aircraft’s advanced avionics and electrical system performance. It is the first production aircraft to be equipped with a dual head-up display (HUD). The dual HUD significantly improves operational efficiency and safety, in good or poor visibility, while reducing pilot workload.

The Global 7000 FTV3 took off from Bombardier’s facility in Toronto under the command of Captain Logan Lamping, assisted by his co-pilot Derek Thresher and flight test engineers Duane Moore and Matthew DiMaiolo.

During the 2017 European Business Aviation Convention & Exhibition (EBACE) from May 22-24, visitors are encouraged to visit the Global 7000 mock-up at Bombardier’s booth, located at Z110 at Geneva’s Palexpo.