TOP 10 Names in Aviation You Must be Aware Of 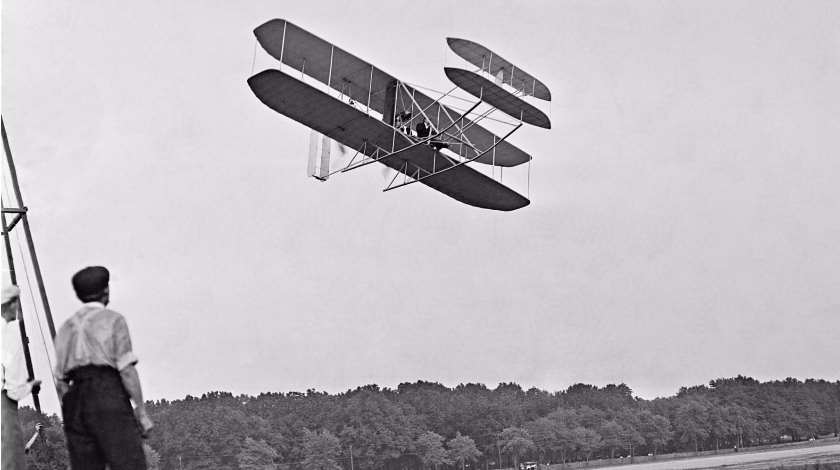 Every self-respecting aviation enthusiast must know the names of people who created the industry. These are the people who became pioneers of aviation. They are the reason the history of aviation began.

It’s difficult to determine who the first man to fly truly was. Although this question raises a lot of discussions, most historians are pretty clear, though, that the first aviator in modern times was little known Frenchman by the name of Jean-Francois Pilatre de Rozier.

He is credited with being the first man to ascend in a free-flying hot air balloon over Paris, in November, 1783.

De Rozier is generally considered to have been the first true balloonist and aviator. Unfortunately, his daring cost him his life a couple of years later. His balloon crashed in an attempt to cross the English Channel, making him the first aviation fatality.

Most legends of aviation start with them. The Wright brothers, Orville and Wilbur, were two American brothers, who are generally credited with inventing, building, and flying the world’s first successful airplane.

They made the first controlled, sustained flight of a powered, heavier-than-air aircraft on 17th December, 1903, four miles south of Kitty Hawk, North Carolina.

The Wright brothers were the first to invent aircraft controls that made fixed-wing powered flight possible. They certainly laid the foundation upon which others would build, eventually making the world a much smaller place.

Blériot was a top-notch designer and engineer from France as well. Known for designing the first practical headlamp for cars, he used the profits from that venture to finance his attempts to build the first manned aircraft and, while he did not fly in time to beat the Wright Brothers, he was the first man to fly in Europe.

Even more impressive was that, in 1909, he became the first to fly across the English Channel. Blériot went on to design and build aircraft for France right up to the time of his death in 1936, making him one of the premier European aircraft designers.

On 18th June, 1914, autopilot was demonstrated in Paris for the first time on an aircraft. This has become one of the most important innovations to the cockpit in history. Lawrence Sperry flew down the Seine while the firemen’s band played “The Star-Spangled Banner”.

Sperry astonished the crowd by holding both of his hands high over his head. On his next pass, his mechanic, Emil Cachin got out and walked about 7 feet out on the right wing on the plane while Sperry once again held up his hands.

This not only proved the plane was still pilotless, it proved the gyroscope could correct the roll caused by the change in the plane’s balance.

Lawrence Sperry had 23 patents to his name, all relating to aviation safety. Fun fact: He is also known for founding a “club” that many have aspired to join over the past century, as well.

He was an American engineer, professor, physicist, and inventor who is credited with creating and building the world’s first liquid-fueled rocket.

Goddard’s initial study of rockets was undertaken at his own expense. He began by experimenting with gunpowder, and launched his first powder rocket at Clark University in 1915. On 16th March, 1926, Goddard fired his first liquid-fueled rocket.

It burned for about 20 seconds before taking off, melting part of the nozzle. In 2.5 seconds, it travelled to a height of 41 feet, levelled off, and hit the ground, averaging about 60 miles per hour. Over the next several years, Goddard continued to work on methods of stabilising his rockets.

Goddard never lived to see his dream of a rocket travelling into space. He died twelve years before the launch of the Russian satellite, Sputnik.

He was the first man to cross the Atlantic Ocean solo, flying from New York to Paris in May, 1927, in a special-built monoplane.

On 20th May, Lindbergh took off in the Spirit of St. Louis from Roosevelt Field, near New York City. He landed at Le Bourget Field, near Paris, on 21st May. Thousands of cheering people had gathered to meet him. He had flown more than 3,600 miles (5,790 kilometers) in more than 33 hours. Lindbergh’s heroic flight thrilled people throughout the world. He was honored with awards, celebrations, and parades.

Lindbergh also invented an “artificial heart” between 1931 and 1935. He developed it for Alexis Carrel, a French surgeon and biologist whose research included experiments in keeping organs alive outside the body. Lindbergh’s device could pump the substances necessary for life throughout the tissues of an organ.

Amelia Earhart was the first woman to fly solo across the Atlantic in 1932.

After Charles Lindbergh’s solo flight the interest in having a woman fly across the Atlantic grew. On the morning of 20th May, 1932, Amelia Earthart took off from Harbour Grace, Newfoundland. After about 12 hours the conditions got worse, and the plane began to experience mechanical difficulties. She successfully landed just outside the small village of Culmore, in Londonderry, Northern Ireland on 22nd May, 1932.

Between 1930 and 1935, Amelia Earhart set seven women’s speed and distance aviation records in a variety of aircraft. By 1935, Earhart began to contemplate one last fight that would set her apart from all others: to circle the world. Unfortunately, she did not complete the journey she started in 1937.

An innovator and speed plane racer who set many speed records in the 1930s, he was probably best known for his spectacular and daring raid on Tokyo in April of 1942, when he led a flight of sixteen army bombers off the rolling deck of an aircraft carrier on a one-way mission to Japan.

While the attack did little in terms of material damage to the Japanese, it gave Americans a much needed morale boost during the darkest days of the war.

While the “Doolittle Raid” was his most famous accomplishment, perhaps his most important contribution to aviation came in the 1920s, when he contributed to the development of instrument flying which, taken for granted today, was a vital innovation in terms of flying safety.

He also performed the first successful outside loop-the-loop in history—a maneuver considered to be fatal by aviators at the time.

He was a famed American aviator during the interwar period, the first pilot to fly solo around the world. In 1930 Hall bought a later version of the Lockheed Vega, a model 5-C, again nicknamed Winnie Mae. In 1931, he flew around the world in the Winnie Mae with his navigator, Harold Gatty. Later he repeated his round-the-world flight alone.

Also known for his work in high-altitude flying, Post helped develop one of the first pressure suits and discovered the jet stream. Even with the loss of his left eye, Post was able to break numerous aeronautical records before his tragic death in Alaska.

After a few major mishaps including a broken HF radio, bad weather, as well as faulty brakes and antenna motor, Geraldine Jerrie Mock returned to Port Columbus Airport on 17th April, 1964, as the first woman to fly around the world. Her solo flight across the skies took 29 days.

This “flying housewife” set to conquer the heavens in her single-engine Cessna 180 dubbed “Charlie” in Ohio on 19th March, 1964, in a race against Joan Merriam Smith, the pilot who aimed to fly Amelia Earhart’s exact route.