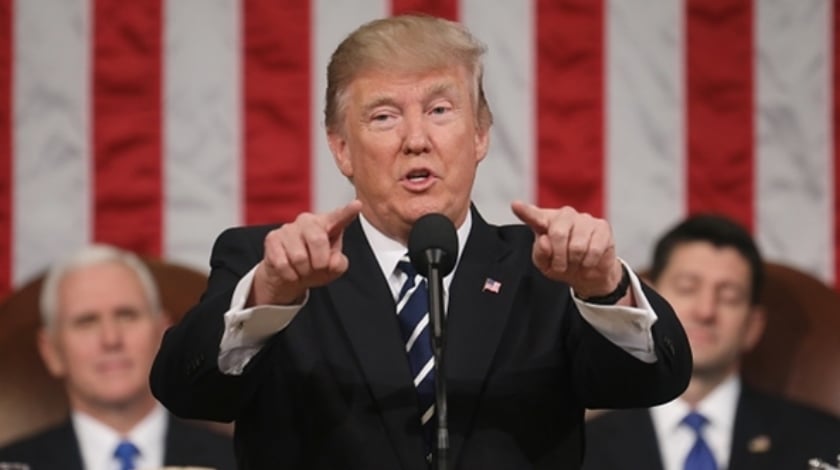 US President Donald Trump has called on Congress to invest $1 trillion in US infrastructure, including US airports, which he has previously described as the “bottom of the rung” internationally.

“Crumbling infrastructure will be replaced with new roads, bridges, tunnels, airports and railways gleaming across our beautiful land,” Trump said in a Feb. 28 address to Congress, calling for “a new program of national rebuilding.”

Trump said he will be “asking the Congress to approve legislation that produces a $1 trillion investment in the infrastructure of the United States—financed through both public and private capital—creating millions of new jobs.”

The reference to “public and private capital” echoes US transportation secretary Elaine Chao, who, in her Senate confirmation hearing in January, said the Trump administration would pursue “innovative financing tools, such as public-private partnerships,” to finance US infrastructure projects.

Airports Council International-North America president and CEO Kevin Burke, who participated in a February White House meeting Trump held with US airline CEOs and airport directors, said airports “welcomed [Trump’s] continued commitment to improving airport infrastructure in his address before a joint session of Congress… We look forward to continuing our work with the Trump administration to address our significant airport infrastructure needs.”