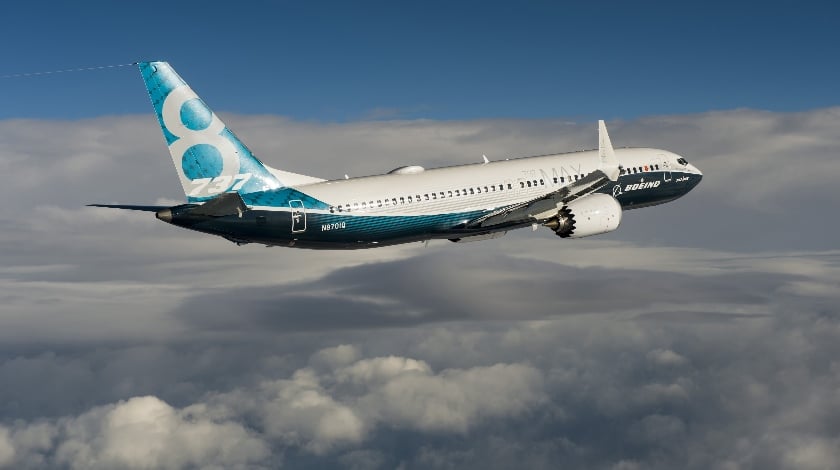 After Boeing 737 MAX ungrounding and recertification in Europe, the British carrier TUI becomes the first to receive a new Boeing 737 MAX aircraft delivery. The plane flew from Boeing Field at King Country International Airport to the airline’s operating base in Gatwick.

According to RadarBox, the flight was operated on February 27th. It departed at 15:48 Washington time and landed at 09:09 local time at London Gatwick Airport. The aircraft in question is named Naples and is registered as G-TUMJ. The aircraft will have an all-economy 189-seat configuration. As SeatGuru reports, it is the same capacity as TUI’s older 737-800 aircraft.

This flight is considered especially important since it is the first delivery after the European regulator lifted the ban on Boeing 737 MAX flights. As the UK has recently separated from the EU, the British CAA had to recertify the type independently. In the end, the British authority approved the type to fly on the same day as EASA did – the 27th of January.

According to Boeing’s orders and deliveries, the TUI Group has acquired 72 Boeing 737 MAX aircraft in total and, therefore, it can rightly be called a key European Boeing 737 MAX operator. So far, only a fraction of those has been delivered.