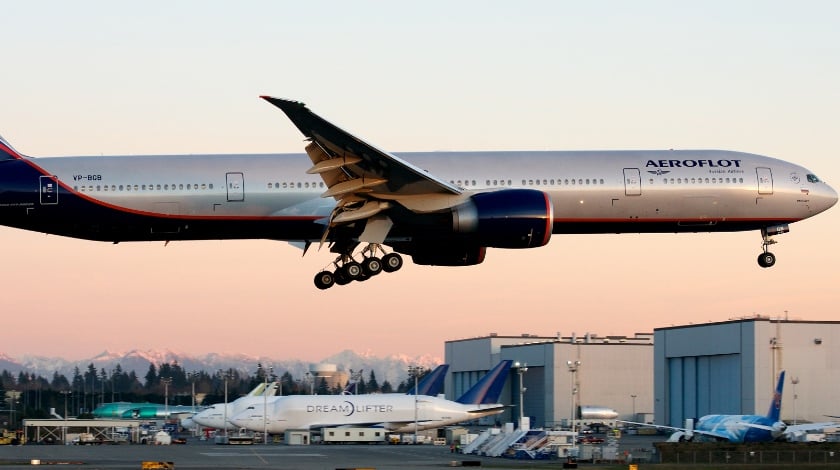 Turkey is proposing a liberalization of bilateral air services with Russia, the country’s president, Recep Tayyip Erdogan announced at the sixth meeting of the High-Level Cooperation Council.

The curently effective memorandum outlining the prospects of developing air services between the two countries was signed in December 2016, according to Russia’s Federal Air Transport Agency (FATA).

It was then that Russia added Gazipasa Airport as its most recent, ninth regular destination for its airlines. The airport is located 40 km away from Alania, a popular leisure resort in Turkey’s province of Antalya.

Aeroflot’s low-cost subsidiary Pobeda Airlines intends to launch flights to Gazipasa. Turkey, in turn, identified two new destinations in Russia for its carriers: Zhukovsky outside Moscow and Grozny in Chechnya.

The memorandum made provisions for the two countries’ designated carriers to increase the number of frequencis to up to seven weekly services between Istanbul and Zhukovsky, Istanbul and Grozny, and also between Moscow and Gazipasa.

The Turkish operators additionally were given the right to operate unrestricted flights to Sochi under the fifth freedom of the air for three consecutive IATA seasons starting in the winter of 2016-17, for as long as they stayed away from the Trans-Siberian route.

FATA declined to comment on the possibility of an open skies agreement with Turkey, explaining that intergovernmental matters were within the scope of the Russian Transport Ministry. The ministry, for its part, could not provide information on the number of designated carriers and their frequencies.

Before the suspension of charter flights between Russia and Turkey in November 2015 (the ban lasted until September 2016), Turkey had been the most popular international destination for Russin tourists. The Moscow-Antalya route alone generated a traffic of 2.4 million passengers in 2015, surpassing all the other international routes from Russia.

Charter operators carried a total of 5.4 million passengers between the two countries that year; in addition, 917,000 travelers used regular flights.

According to the Russian Association of Tour Operators, over 40,000 Russian citizens visited Turkey in January 2017, a 81.5% increase on the same month last year. This positions Russia as the fifth largest contributor to Turkey’s tourism market, RIA Novosti news agency reports.

In 2017, travel companies expect the double-digit growth rate to continue throughout the year, especially in the summer season as compared to last summer, when Turkey remained mostly closed to mass tourism from Russia.

Turkey is the leading lesure destination in terms of Russian travel companies’ early bookings, accounting for up to 50% of the major market players’ sales.