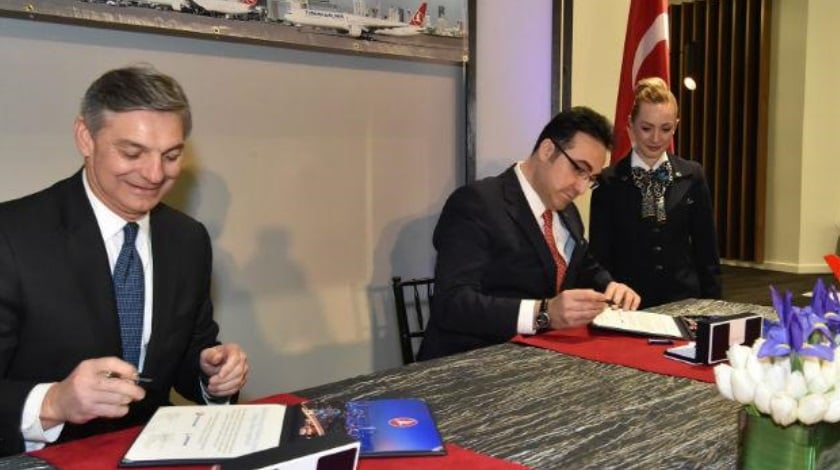 A new strategic alliance agreement between Turkish Airlines (TRK) and Boeing is set to significantly boost the carrier’s and Turkey’s aerospace and technology capabilities. Under the accord TRK and Boeing have identified new areas of cooperation to further expand the US plane aviation giant’s investment within the Turkish industry.

The agreement, signed by TRK’s Chairman M.Ilker Ayci and Boeing Commercial Airplanes President CEO Ray Conner, came during a visit to Seattle by the airline’s executives for the delivery of TRK’s Boeing 777-300ER (Extended Range) and two Next-Generation 737-800s.
Ayci said the agreement would “seek new, innovative ways to grow Turkish Airlines.” It will also explore opportunities in the Turkish aerospace industry focussed on development and training, heightening the global competitiveness of the country’s aviation manufacturers, and supporting its R&D capabilities and aerospace infrastructure.

Turkish Airlines and Boeing share a history dating back to 1945, with the arrival of the airline’s first DC-3/C-47 airliners. Turkish Airlines entered the jet age in the late 1960s, when the airline began operating DC-9, DC-10 and Boeing 707 airplanes. Boeing also supplies defence products to the Turkish armed forces.