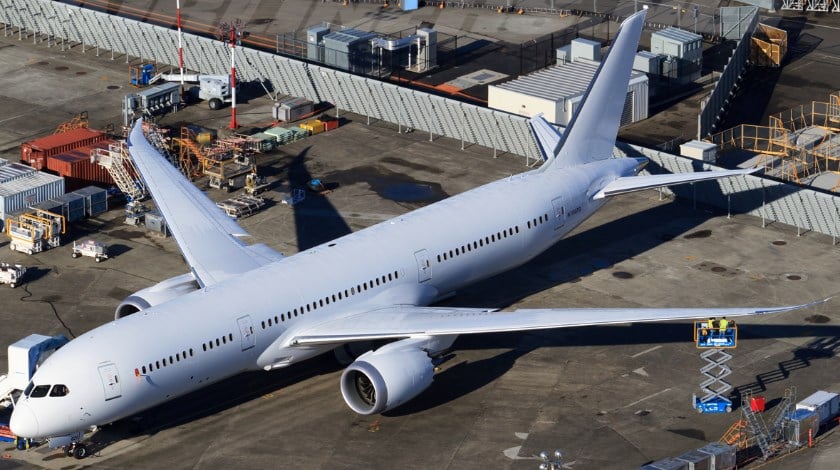 “The 787 Dreamliner is the most technologically advanced airplane in the world,” said M. İlker Aycı, chairman of the board and the executive committee, Turkish Airlines.

Our intent to purchase these Dreamliners is to meet the demand for wide-body airplanes at the 3rd Airport, further strengthen our fleet capacity on the 100th anniversary of the Republic and to enhance passenger satisfaction.

“Turkish Airlines is a great partner, and we value their confidence in us and the 787 Dreamliner,” said Boeing Commercial Airplanes President and CEO Kevin McAllister. Turkish has been interested in the Boeing 787 for many years. It was widely believed that the carrier was closing in on an order for the next generation aircraft in 2016 before a coup d’état attempt and several terrorist attacks left the country’s economy fragile.

“Boeing’s relationship with Turkey spans more than 70 years and we have outstanding long-term partnerships,” said Ray Conner, Boeing vice chairman. “Working together with Turkey, we are now taking our collaboration to the next level, which will accelerate the growth of the Turkish aerospace industry while achieving Boeing’s long-term objective to expand its presence in the marketplace.”

The Dreamliner order also puts to rest rumors that the carrier will make a substantial order for the struggling Boeing 747-8i. While Turkish is one of the few remaining airlines in the world that could make a strong case to operate the 747-8, today’s 787 order puts a nail in the coffin for a potential order from Turkish.

Turkish Airlines operates a fleet of over 280 aircraft and serves nearly 300 destinations. Turkish’s current widebody fleet consists of over 50 A330s, four soon to be retired A340s, and 33 777-300ERs. As a result of the carrier’s recent struggles, many A330s have been placed in temporary storage in Turkey.