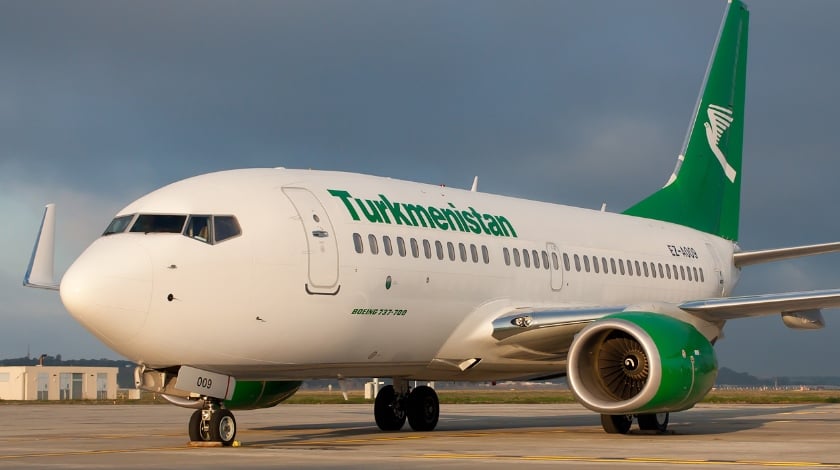 Turkmenistan Airways, the flag-carrier airline for Turkmenistan, has narrowly avoided suspension of all flights in Russian airspace owing to the failure to settle a US$220,000 debt payable to local Russian air traffic management.

The airline had originally assured Russian authorities and the Federal Air Transport Agency, Rosaviatsa, that the debt would be settled on August 27, then on September 14 after requesting and extension to the deadline. When the airline failed to meet the second deadline, Russian authorities advised Turkmenistan Airways on September 14, that as from September 19, the carrier would be banned from using Russian airspace, though assuring them that the moment the debt was settled, the ban would be lifted.

The carrier, based out of Ashgabat, operates flights to Moscow and St Petersburg, while also operating routes which fly through Russian airspace to Minsk, along with two United Kingdom cities, Birmingham and London. In all, Turkmenistan flies to 23 destinations, and operates a fleet of 33 aircraft, including 22 Boeing jets.

It has subsequently been announced that the ban has been lifted by the Russian authorities as, immediately on completion of the Eid-al-Fitr celebration and opening of the banks in Turkmenistan, the carrier transferred cash to the Russian air navigation service provider, FSUE “State ATM Corporation” in full settlement of the debt.

In a statement from Rosaviatsa following the payment, “The Federal Air Transport Agency thanks the State National Service “Turkmenhowayollary” (Turkmenistan Airlines) for the prompt settlement of all issues and expressed its confidence in further strengthening and effective development of air transport between the two countries.

“On this occasion, the Federal Air Transport Agency congratulates all pilots and residents of Turkmenistanwith the completion of construction and opening of the Main Terminal of Ashgabat International Airport expected on September 17, 2016, which will be the new air gateway to prosperous Turkmenistan!”