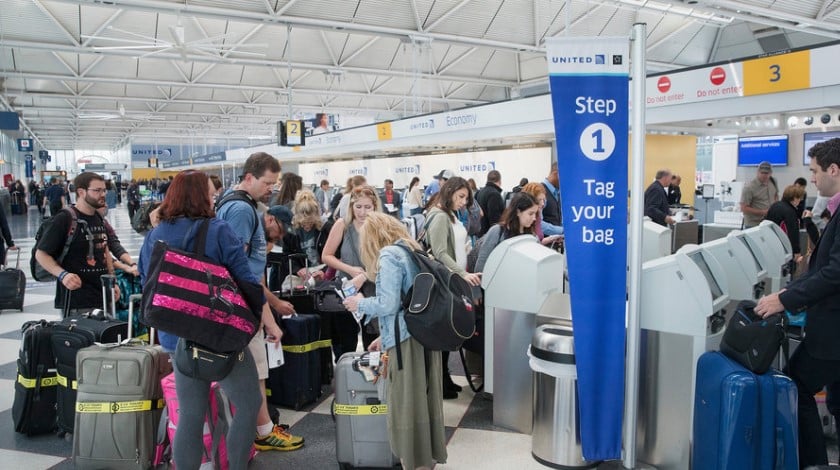 The major U.S. airlines expect 15.6 million passengers to fly over the seven-day Labor Day travel period, up 4% from the analogous period a year ago, according to Airlines for America, the leading industry trade group.

During this year’s travel period, which runs from Aug. 31 through Sept. 6, about 2.23 million passengers a day on average will take to the skies, up about 82,000 a day from last year. The busiest days are expected to be Sept. 2 and Sept. 1, respectively.

Airlines for America said the carriers are expected to increase their number of seats available by 4% to accommodate the increase in demand.

Fares were down 5.2% in 2015 and are down 6% so far in 2016, the trade group said, which makes air travel a relative bargain and is helping fuel the expected surge in Labor Day travel this year.

Through June of this year, the 10 carriers collectively spent $9 billion on improving the customer experience, primarily through the acquisition of new planes.

For all of 2016, they are expected to take delivery of 366 new aircraft. Other investments include larger overhead bins, seats that convert into lie-flat beds in some premium cabins, USB outlets, expanded Wi-Fi and in-flight entertainment systems, along with improved check-in and gate areas and baggage systems.