UAE Sets Out Its Goals For Infrastructure 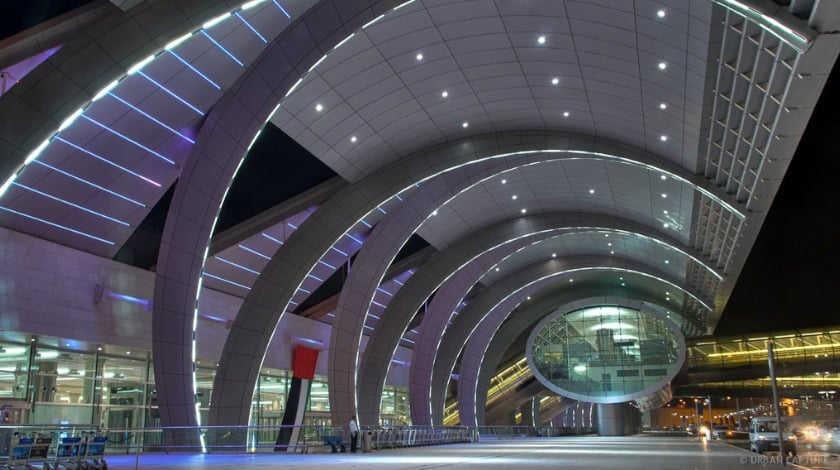 The UAE is aiming to take top ranking in the air transport infrastructure sector of the World Economic Forum’s Global Competitiveness Index by 2021.

Delivering the keynote address at the Global Airport Leaders’ Forum in Dubai – part of the annual Airports Show – His Excellency Omar Bin Ghalib, Deputy Director General of the country’s General Civil Aviation Authority (GCAA) said while the UAE currently ranks in second place, the GCAA is determined to take the top slot as part of its commitment to the UAE National Agenda.

“To achieve top ranking across all these four metrics, the GCAA has embarked on a two-pronged strategy – which we are operating simultaneously,” he explained. “In the first phase, we are identifying the improvement gaps in all four infrastructure areas and will work with all concerned agencies to close them. Secondly, as two thirds of the index ranking is contributed by Executive Survey Ratings, we are working hard to create awareness of our efforts, and our progress, among partner institutes.”

Bin Ghalib said the GCC is currently carrying out a number of surveys and studying the latest market information. “Airlines and airports are sharing their quality assessment studies, the travelling public is being asked to rate their experience of our airports and we have begun a study to discover if we really are providing adequate ANS systems to keep pace with technological and global standards.”

The Deputy Director General said the GCAA is also establishing KPIs for all infrastructure elements and is measuring them. “We have formed of a higher committee of stakeholders to monitor the progress of local governments. We are also working with the National Transport Authority to look into multi-modal transport connectivity for all UAE gateways. We meet monthly with stakeholders and work jointly to promote the UAE as a global aviation hub across all metrics through the international media.”

Bin Ghalib said the number one slot for aviation infrastructure is a key priority under the GCAA’s 2017-2021 strategy plan, which has seven key pillars. Put simply, the Deputy Director General said the campaign will see the GCAA “strive to develop and enforce the best safety, security and service standards; we will elevate UAE aviation globally; boost bilateral relations; use the best management strategies to address business challenges and improve the GCAA’s own services through a culture of innovation.

“We will achieve all this through enhanced compliance; better awareness, risk based audit; improving services through stakeholder engagement; boosting global connectivity through continuous consultations and negotiations and, of course, infrastructure enhancements.”

Bin Ghalib said the GCAA’s top priority is to ensure safety within the sector, and it is committed to implementing ICAO recommendations on Risks and Civil Aviation Arising From Conflict Zones. “We are also committed to supporting improvements in operational efficiencies through airspace redesign and plan to further modernise communication and navigational aids and enhance the skills of our air traffic controllers so we can better handle increasingly complex operations.”

Proferring the UAE Aviation Outlook to 2025, Bin Ghalib said the forecast was challenging, yet positive. Challenges he said include overcrowded skies; the new wave of trade protectionism, safety and security “to name just a few.” He added that although the airline industry is currently facing challenges due to “softer market conditions” which would ultimately impact every other sector of aviation, the industry faced “worrying but exciting times.”

“The excitement and challenges will come as we move to keep up with hi-tech developments including cyber security, blockchain, biometric and beacon breakthroughs, drone usage, artificial intelligence, virtual reality and robotics. One thing we can say for sure – is that the aviation industry by 2025 will be a very different one to that of today – even though we’re only eight years away.”

The Deputy Director General said that within eight years, the Midfield Terminal in Abu Dhabi will be operating with a dedicated passenger capacity of 30 million a year; Dubai will be reporting on its 2025 passenger target of 146 million with Al Maktoum International Airport being the primary airport for the emirate while Sharjah International should be receiving 25 million passengers a year. “In all these major facilities, new processes and technology will have increased passenger flow rates to add capacity,” he said.

Bin Ghalib said while the industry in the UAE may encounter “some turbulence ahead ”the outlook was positive because the country was geographically well positioned. “IATA tells us that by 2025 China will displace the US as the world’s largest aviation market in terms of its out and inbound passenger traffic. China is just a seven-hour flight away. Indeed, from the UAE we connect with two thirds of the world’s population in less than nine hours – and that’s where we’ll continue to score, in terms of client airlines, passengers and cargo. We will be a country at the crossroads, operating to the highest international standards, with open skies bringing the new drivers in, and on to their destinations in the west. And these new passengers will find facilities which will continue to be international benchmarks and backed up with an aviation infrastructure which will be the best in the world. In the UAE, as we head towards 2025, we remain positive despite the challenges.”