UAS Systems May Be Used for Drought Solutions 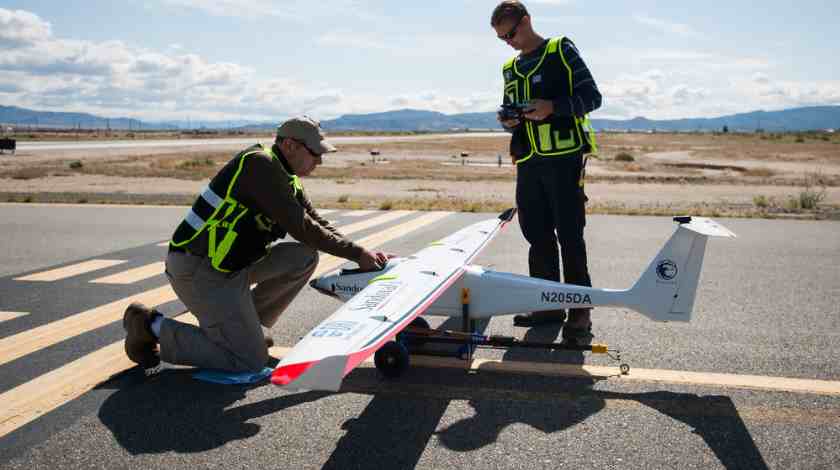 In an aviation first, an unmanned aircraft successfully tested a cloud-seeding payload in Hawthorne, Nevada, on April 29. The Savant aircraft, coined the Sandoval Silver State Seeder, reached an altitude of 400 feet and flew for about 18 minutes at Hawthorne Industrial Airport under the state’s FAA UAS test site designation.

The Desert Research Institute (DRI) is leading this first-of-its kind research to help Nevada find solutions to drought through weather modification. Reno-based Drone America and Las Vegas-based AviSight have partnered with DRI, bringing expertise in aerospace manufacturing and drone operations to the project.

“We have reached another major milestone in our effort to reduce both the risks and the costs in the cloud-seeding industry and help mitigate natural disasters caused by drought, hail and extreme fog,” says Mike Richards, president and CEO of Drone America. “With a wingspan of 11 feet 10 inches and its lightweight design (less than 55 pounds) the Savant is the perfect vehicle to conduct this type of operation due to its superior flight profile, long flight times and its resistance to wind and adverse weather conditions.”

“Not only does this demonstrate the capabilities of the Savant,” says Amber Broch, chief engineer for the project and an assistant research engineer at DRI, “but it also shows the tremendous potential to use unmanned systems as tools for environmental science and innovative natural resource applications.”