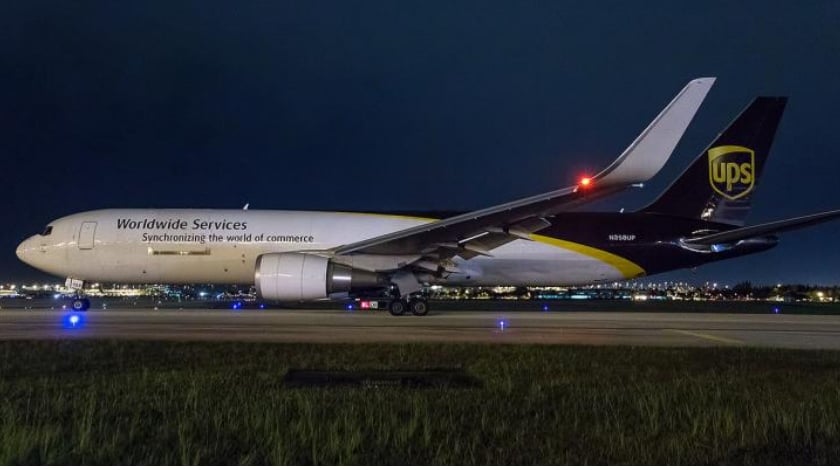 UPS Airlines is adding its first used Boeing 767-300 freighters to its fleet, with expected entry into service in mid-2018.

The cargo carrier operates a fleet of 59 of the jets, which were bought new from Boeing. The three used aircraft will be passenger-to-freighter conversions, and the company is putting out a request for proposals to facilities that can make the conversions, Ed Walton, UPS director of engineering, told Aviation Week at its MRO Americas conference in Orlando, Florida.

He did not disclose from which airline UPS is buying the aircraft.

Walton says he expects the conversions to begin in early 2018, with deliveries of the freighters to start in mid-2018.

The three 767s will be used on international cargo routes, Walton says. “We need the additional lift to support our international growth.” UPS will continue to add used 767s when it can, but no firm plans have been made beyond these first three, he notes.

The cargo operator is shifting five MD-11s from international service to its domestic network, Walton adds. The carrier has 37 of the type, and they mostly will serve domestic routes as UPS adds more aircraft. In addition to the used 767s, UPS has ordered 14 747-8s and has options for 14 more. The 747-8 freighters will enter the fleet from this year through 2020, he says.