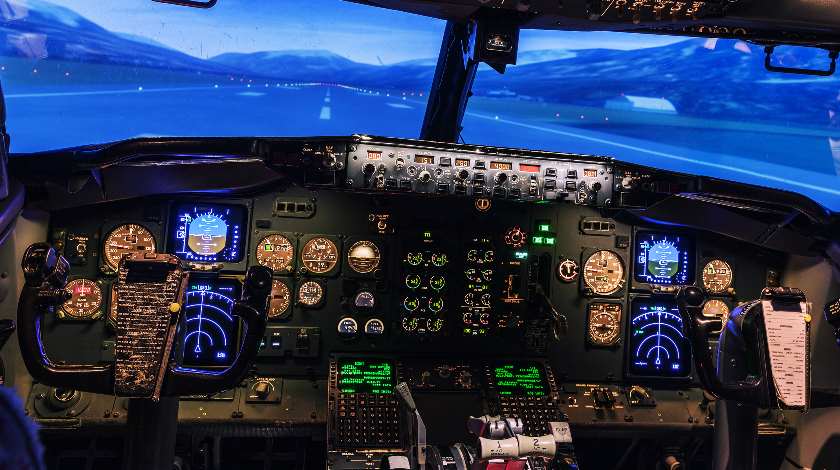 There is no doubt that flight simulators have been a useful tool for pilots who need to learn how to fly. While there are countless benefits, there are also some concerns regarding the fact that the pilots know that they are not really in the air. In other words, and unlike real life if they make a mistake and crash, they can just hit the reset button and try again.

In real life, there is no reset button. Will virtual reality create a more realistic experience that will make up for not taking to the skies, or is a “fused” reality the answer?

There are many reasons why virtual reality (VR) is the next great technological breakthrough gaining acceptance as the new way to train pilots.

The cost is a lot lower and the training timeline is much faster than with traditional simulator technology. While there are no immediate plans to abandon the old technology, the results using the new VR tech is amazing.

In the United States, the Air Force’s Pilot Training Next program saw a dozen students out of a class of thirty earn their wings within four months. With the traditional training method, it takes a year to achieve the same results.

From a cost standpoint, training pilots with VR headsets in conjunction with artificial intelligence and advanced biometrics requires an investment of $1,000 per VR unit. Cockpit experience with “legacy” flight simulators, comes in at a much heftier price tag of $4.5 million per unit.

The new VR technology also enables the Air Force to measure the degree in which pilots are learning through the above referenced AI and biometric read capability.

Another benefit is that through a simple sim switch, pilots can train on different aircraft.

There is also an ability to record actual flight time from the cockpit to reload in the VR system. No wonder there is so much excitement for the VR tech.

On the ground, VR technology has made amazing strides to simulate actual flying conditions. But despite the acknowledged benefits, many in the industry feel that learning to fly on the ground as opposed to being in the air isn’t enough. You probably remember the Miracle on the Hudson incident.

On January 15th, 2009 an Airbus A320 piloted by Captain Chelsey (Sully) Sullenberger III and First Officer Jeffrey Skiles struck a flock of Canadian geese shortly after taking off from LaGuardia Airport in New York City.

With both engines out because of the strike and an inability to restart them, the pilots decided to land the plane in the Hudson River. While there were a few injuries, not a single person died as a result of the incident.

Afterward, there were questions about whether the pilots could have made it back to one of two airports rather than attempt a very risky water landing. Using flight simulators, pilots attempted the alternative return to airport strategy. The advantages of making a landing on a runway with more immediate access to emergency crews as opposed to the frigid waters of a river are always the best option.

The problem with the flight simulator tests is that they did not mirror the real-life situation. The pilots knew what they were going to be facing, as well as when the bird strike would occur. Add into the equation that before making the desired airport landing, even the simulator pilots crashed several times before getting it right. Going back to what we said earlier, there is no reset button in real life. 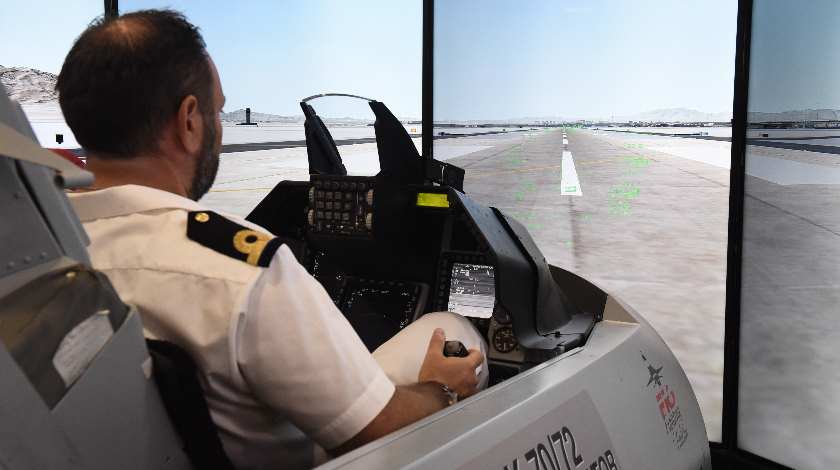 The discrepancy between the pilot results in the flight simulator and what took place in the actual skies above New York City suggests that while invaluable as a learning tool, flight simulators do not go far enough from a training standpoint.

Even with the introduction of VR flight simulators, there may still be a gap between the virtual world and the real world.

To help bridge the gap, NASA’s Armstrong Flight Research Center in conjunction with Systems Technology Inc. is taking the flight simulator to the air. Under the name Fused Reality, the head-mounted virtual reality tool will enable pilots to train for various situations while flying.

According to the project champions, the ability to test different maneuvers while in the air provides a more realistic experience or feel without endangering the pilot. The reason is that testing these different scenarios is done at a higher altitude of say 5,000 feet in which recovery errors will not lead to a catastrophic outcome.

The longer-term vision for Fused Reality is that every plane will have a built-in flight simulator capability.

An Evolution in Pilot Training

From the legacy simulators to a VR flight simulator to Fused Reality simulation, one thing we can all take away from the evolution in pilot training is this: when you take to the skies as a passenger you are in good hands!