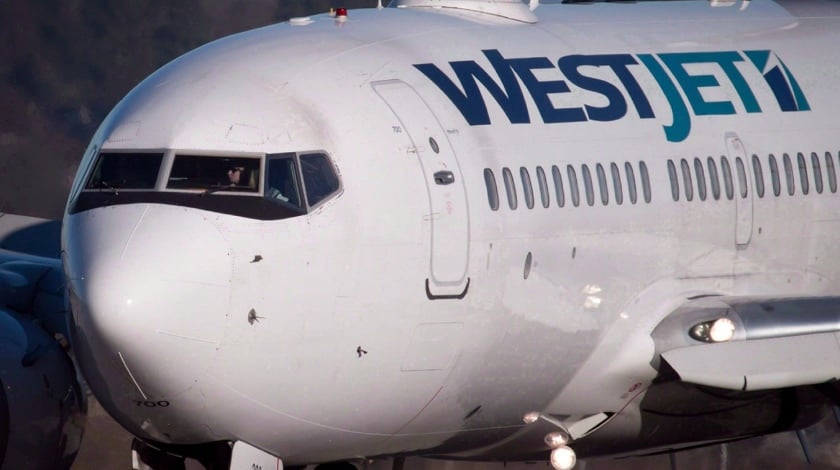 WestJet announced today it set two GUINNESSTM WORLD RECORDS titles when the airline built and illuminated a kilometer-wide prize wheel in the Utah desert as flight 1118 from Toronto, descended into Las Vegas.

On board, one lucky guest received the Vegas trip-of-a-lifetime when their seat number appeared on the giant LED wheel. Watch how the airline pulled off their biggest stunt ever in WestJet’s newest video, Las Vegas Desert Lights.

“WestJet turned 21 this year and as the international airline that brings the most guests to Las Vegas, we celebrated by lighting up the desert,” said Rob Daintree, WestJet Director of Marketing. “Inspired by the brilliance, energy and wonderful experiences Las Vegas provides, we created a unique event for our guests by flying over a radiant prize wheel. This experience had us successfully break two Guinness World Records; one for the ‘greatest light output in a projected image’ and one for the ‘largest circular projection.”

“As Canada is our No. 1 international market for visitors to Las Vegas, we look to partner with airlines like WestJet to create unforgettable experiences for our Canadian visitors from the moment their trip begins,” said Cathy Tull, Senior Vice-President of Marketing for the Las Vegas Convention and Visitors Authority. “Offering amazing entertainment, a world-class culinary scene and now the newest NHL team, the Vegas Golden Knights, Las Vegas is the premier vacation destination for Canadians.”

So what exactly goes in to record-breaking version of a gaming wheel? Here’s the breakdown: six months of planning, 40 crew members, six days of building in scorching heat, 61,483 feet of cable, 160 guests on their way to Las Vegas and one lucky seat, the recipient of the #WestJetVegasSurprise. In the end the LED wheel was seen on descent into Las Vegas at 12,000 feet. The wheel was 785,398 square metres in diameter and reached 4,666,000 lumens – breaking the previous record of 4,264,346 lumens.

The lucky recipient of the #WestJetVegasSurprise was given the following gifts:

Said Daintree, “Thanks to the Las Vegas Convention and Visitors Authority (LVCVA), our prize partners and WestJetters from across the organization for pulling off a stunt worthy of two Guinness World Records.”

Between May 10 and July 9, guests flying to Las Vegas could receive their own #WestJetVegasSurprise just by flying with WestJet.

WestJet flies nearly one-third of all international passengers to McCarran International Airport, which is more than any other international carrier. This summer the airline will operate 65 flights per week from five Canadian cities, including Vancouver, Edmonton, Calgary, Winnipeg and Toronto.