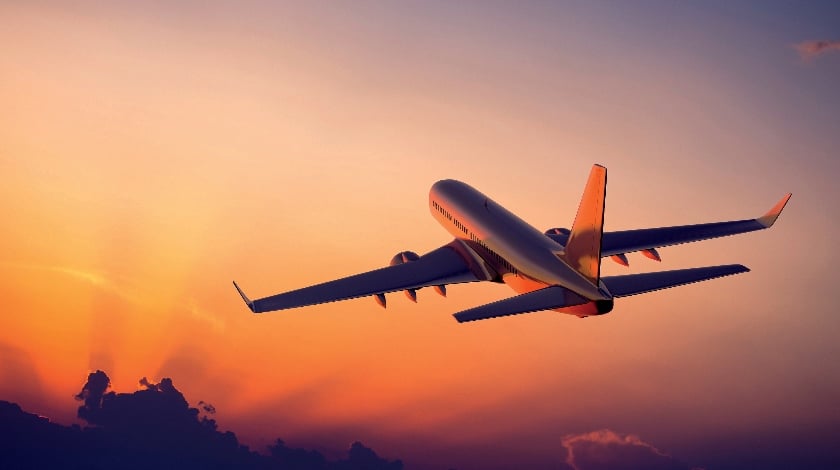 West Africa, particularly Nigeria, is emerging as business aviation growth market as the region continues to develop industries based on its natural resources, according to the Middle East’s only African-owned aviation company.

Promise Uzoamaka, Chairman of Sharjah-headquartered Amaka, which focusses on sales, acquisitions and business aviation consulting, says he envisions higher demand for private aviation from the region and that his company will soon expand into Africa. Despite a widespread view in Africa that private jets are “symbols of excess”, Uzoamaka says their vital business role on the continent will spur demand.

“For instance, in the oil and gas industry, flying commercially to the production areas calls for three to four connections over multiple days and costs thousands of dollars,” he says. “For years, energy executives in Africa and the Middle East have saved time and money by sourcing private jets to reach remote areas. Private jets are a necessity in the oil and gas industry’s transportation,” he says.

Uzoamaka says business aviation has to stand ready to seize opportunities emerging through change in the African industry landscape.

“At the moment aviation in Africa is going through a transition and development process. There are changes to regulations; airlines are forging relationships with international alliances. Low-cost airlines are testing the waters …or the sky, to be more specific. I see a lot of potential that will require the business aviation sector to compete with the speed of economic development.”

“Embraer recently released its market outlook for Africa, which forecasts that the region will take delivery of 240 new jets in the 70 to 130-seat segment over the next 20 years. The 70 to 130-seat jet fleet in service is estimated to grow from the current 120 units to 260 by 2034. Africans are turning progressively to air travel. As in Asia, economic expansion, a growing urban middle class, continued market liberalisation and regional integration will be the main drivers of air transport demand.”

Uzoamaka nevertheless admits Africa remains a challenging market for a plethora of reasons including lack of investment.

“The infrastructure currently in place, in comparison with more established markets certainly requires more investment – to develop facilities such as MRO, training and education. We are also trying to familiarize ourselves with changes to regulations and this is slowing progress down a little at the moment.”

Though Uzoamaka is planning to physically move Amaka into the African market, he says the Nigerian aviation authorities need to act quickly to upgrade standards and boost confidence in the local industry.

“The lack of health and safety standards and international aviation standards has led or contributed to avoidable tragedies and this has naturally diminished public confidence. Nigerian aviation authorities must first of all understand and accept the need for health and safety standards. High-quality standards benefit everyone and reduce risk to those providing the service and the users of the service. There is a need for education in this sector. Aircraft and aviation require high-quality standards. Training of personnel and the physically established MROs are imperative for this.”

“In the past there have been a lot of African airlines banned from entering airports outside Africa. I believe that this was due to poor standards and lack of long-term planning – for example, the wrong aircraft for the wrong routes, lack of maintenance and qualified personnel and lack of essential follow-up that is obligatory in the aviation industry. Aviation demands high regulatory standards of operation and maintenance. I would advise that African airlines form alliances and endeavour to comply with official aviation authority standards.”

Swift and focussed action on aviation standards in Africa will, according to the Amaka President, spur huge growth:

“If there are effective and expedited decisions made on aviation standards, I believe the aviation industry will grow exponentially. African aviation in ten years’ time will develop a link with the new economies of Latin America and Asia. Cargo flights will increase to the landlocked countries. Increasing integration of the continent means that more people will be flying from one part of Africa to the other on business or leisure.”

And Uzoamaka is bullish about the Middle East’s business aviation sector despite “global economic hurdles, a sizeable grey market and lack of airspace” being “pressing concerns.” The sector, however, he says, needs to step up its human resource recruitment to cope with an anticipated upturn.

“Business aviation in Africa and Middle East is continuing its predicted trend and growing year on year, and the demand for new pilots may soon exceed supply, according to the International Air Transport Association over the next 10 years the aviation industry, both commercial and business, will need 17,000 new pilots per year worldwide.

“Currently global pilot training programs can train only about 15,000 per year, which would leave a shortfall of over 3,000 new pilots annually. I personally think that is a conservative estimate and the actual numbers of new pilots required could be significantly higher. As such, commercial operators are stepping up their recruitment efforts and so should the business aviation sector.”

Amaka has set up its own Foundation which Uzoamaka says will assist students who are pursuing careers in aviation as pilots, mechanics, and aviation administrators who are attending aviation programs worldwide.

Within the Middle East, Uzoamaka has identified the GCC’s heli-travel sector as having huge potential “particularly for the region’s advancing tourism sector.”

“Though the region has a proliferation of helipads on major buildings, particularly in the five-star hotel and resort segment, helicopter travel is held back by a lack of dedicated infrastructure and operating systems. The sector in the region is still in its infancy yet the whole region needs it.

“The issue needs to be addressed by OEMs with infrastructure and regulatory operations required a combined approach by interior ministries, civil aviation regulators and operators, tourism regulators and planners and hotel owners and operators. For example, Saudi Arabia could particularly benefit from heliports to get people from major airports to other cities quickly and cost-effectively suggesting more infrastructure could be built into VVIP terminals.”