What Future For Airberlin Technik? 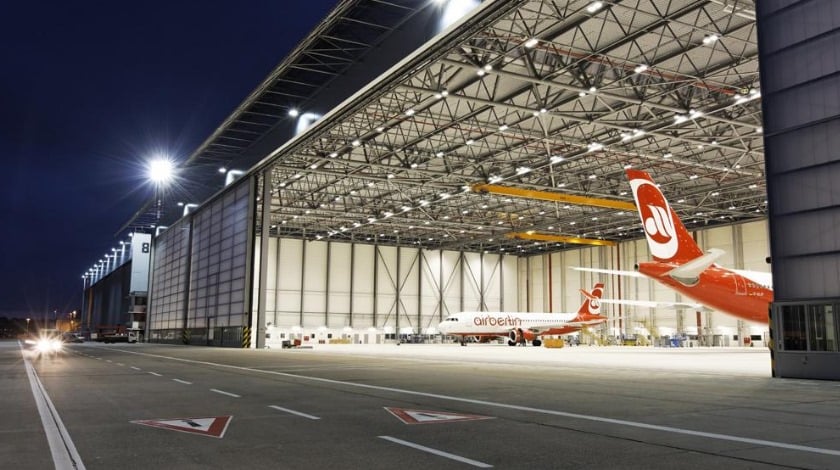 As Air Berlin slips into bankruptcy following the withdrawal of financial support from main shareholder Etihad, the fight over its carcass begins.

Many expect Lufthansa to pick up a substantial part of the carrier’s airline business, based on reports emanating from the stricken carrier.

“Negotiations with Lufthansa and other partners regarding the acquisition of business units of airberlin are far advanced and highly promising. These negotiations may be finalised shortly,” states Air Berlin.

However, Ryanair has complained to the European Commission about what is sees as a stitch-up.

“This manufactured insolvency is clearly being set up to allow Lufthansa to take over a debt-free Air Berlin which will be in breach of all known German and EU competition rules,” said the Irish carrier in a statement.

Ryanair’s annoyance is understandable for two reasons: First, its market share in Germany isn’t as strong as in other parts of Europe; and second, on several occasions it has been prevented from taking over struggling rivals due to competition concerns.

To make matters worse, the Financial Times reports that Ryanair’s main rival, Easyjet, is also in the running to acquire some of Air Berlin’s business.

Germany’s transport minister has said he doesn’t foresee antitrust hurdles since Air Berlin is being sold off in parts, and not as a whole to Lufthansa.

Ryanair, in turn, has described “an obvious conspiracy playing out in Germany between the German Government, Lufthansa and Air Berlin to carve up Air Berlin’s assets”.

Nonetheless, a “carve-up” does raise the question of what happens to Airberlin Technik, which serves its parent’s fleet and 60 other customers. The MRO provider employs 1,500 people and offers line and base maintenance services across six hangars.

Airberlin’s Airbus fleet is quite similar to Lufthansa’s, so Lufthansa Technik might be averse to adding capabilities it already has, unless it needs to add A320 and A330 maintenance capacity.

Ryanair, of course, is unlikely to be interested in this part of Air Berlin’s business.