What Is the Difference Between Aircraft Parking and Storage? 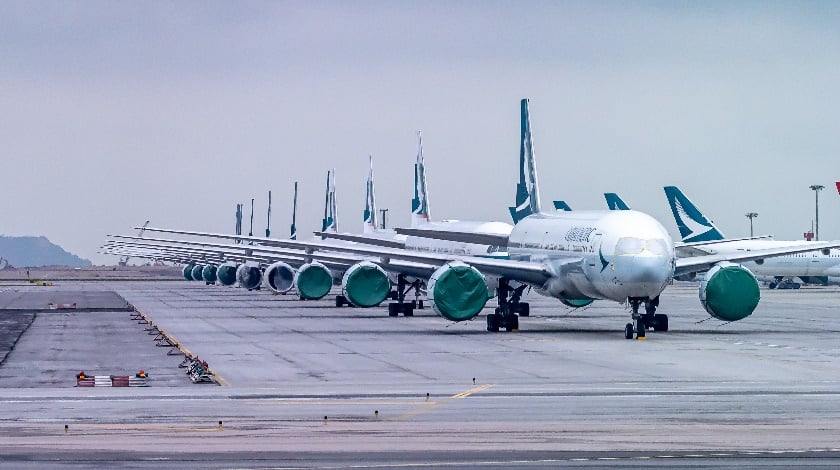 In light of the crisis provoked by the coronavirus pandemic, airlines are dealing with not only unprecedented flight limitations on the global scale, but also with major aircraft grounding issues.

Some companies are saying they are parking their planes, some are reporting about putting their planes in storage. What is the difference? Which one suits the current situation better? Let’s find it out!

According to the aircraft manufacturer Airbus, the difference really exists. Thus, when using these terms, some details should be taken into account, in order to avoid possible misunderstanding.

Aircraft Parking – up to Six Months

The planemaker explains that usually a parked aircraft is taken out of service for up to six months. Airlines are usually parking their planes to “carry out the regular light maintenance needed to preserve a ‘ready to go’ state which allows a rapid return to service”.

The parked aircraft should be flight ready. For this reason, when parking their planes operators can, for example, remove such items as batteries because these can be quickly reinstalled, but in general, they are restricted from removing aircraft parts.

Airbus noted that each week more than 100 planes are parked for over 14 days. Nevertheless, it is worth knowing that sometimes parking can take longer when a plane is coming out of a flight-ready condition.

Aircraft Storing – up to Two Years

The situation with planes in storage is a bit different. Airbus provides that a stored aircraft is not likely to face a rapid or unexpected return to service and could remain on the ground for up to two years.

“In these cases airworthiness can be maintained but more preferable is a reduced maintenance schedule combined with preservation activities, such as sealing and greasing”, the airframer explains.

In case with stored planes, major aircraft components such as engines, APUs, flaps and computers could be removed. Nevertheless, Airbus says that all these removals and other actions highly depend on the storage time.

Thus, in the current situation it appears that most of the planes are parked. Although not all. Many are also stored, as airlines are optimising their fleet capabilities before getting back to service by temporarily decommissioning some of the aircraft and putting them into storage.