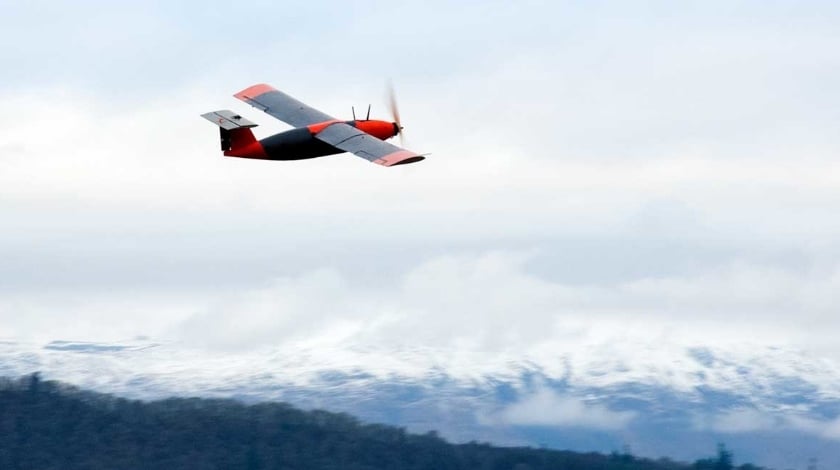 Green-energy company Cella and the Argyll-based Scottish Association for Marine Science (SAMS) have together achieved what is thought to be the world’s first hydrogen-fuelled flight.

The drone aircraft took off from Oban Airport for a 10-minute test run at 200ft before a successful landing, having raised the bar on potential applications for hydrogen fuel-cell technology.

Its fuel system is based on Cella’s solid, lightweight hydrogen storage technology.

A gas generator designed and built by Oxfordshire-based Cella was tethered to a fuel cell supplied by London firm Arcola Energy to create an electrical power supply three times lighter than the lithium battery it replaced in the drone.

The work was funded by a grant from Innovate UK, which works with individuals, companies and partner organisations to find and drive science and technology with the potential to grow Britain’s economy.

SAMS, based at Dunstaffnage, near Oban, is both a developer and user of unmanned aerial vehicles (UAVs) – more commonly known as drones.

According to Phil Anderson, head of marine technology at the facility, the hydrogen-powered Raptor E1 drone could have flown for two hours with the fuel it had on board.

Mr Anderson said: “We have been excited about the potential of this technology ever since we first met the teams from Cella Energy and Arcola.

“Clean and dependable power in a UAV, such as this hydrogen-electric system, is essential for a range of environmental and climate monitoring, from methane sampling over tundra to CO2 exchange with the oceans.

“Lightweight power has been a limitation for aircraft, but perhaps not for much longer.”

The experimental drone, designed and built by Trias Gkikopoulos of manufacturer RaptorUAS, runs on pellets that emit only water vapour when they burn.

“This is an exciting market for us,” Cella chief executive Alex Sorokin said, adding: “It is growing rapidly.

“Users are in desperate need of a power source that can outperform existing technologies in sectors ranging from emergency services to companies wanting to survey or map their infrastructure, be it a wind turbine or a gas pipeline.”

Cella is part of a joint venture trying to prove the feasibility of using its technology for aerospace applications, and hopes are high it could one day make commercial aircraft lighter and cleaner.