World’s Best Business Jets for Your Local or Transatlantic Flights 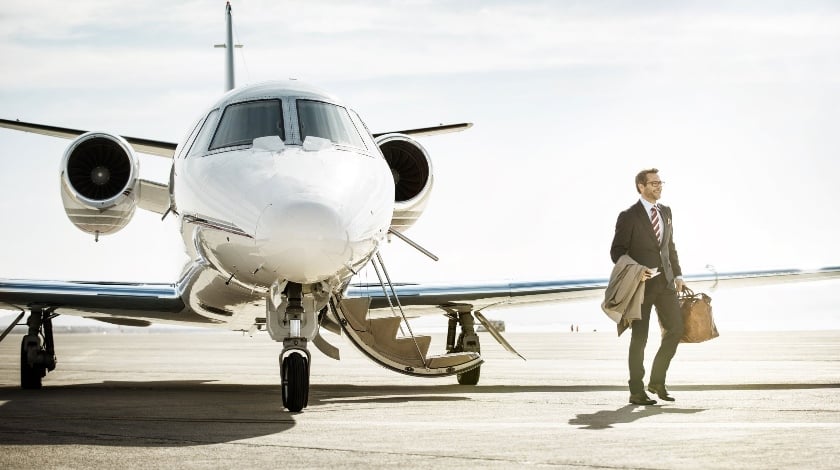 It does not matter what we do; from time to time there comes a moment when we are forced to choose. Business aviation is not an exception, as long as this sector also provides people with a range of choices.

The fact that rich and successful people all around the world got used to flying on their own business jets comes as no surprise. However, some customers usually encounter great difficulties while choosing the right jet because of a large number of „private birds“ offered by dozens of manufacturers. This time we decided to find out which business jets are considered to be the most popular and why.

When talking about business jets, it is important to highlight that each of them belongs to a particular class and type. The main criteria for determining the class are maximum cruise speed and nonstop flight range capabilities. Therefore, in the context of business aviation, such significant feature as comfort and availability of additional equipment as well as services on board cannot be ignored, too.

The light jet class aircraft usually has a typical cruising speed of 600-700 km/h, completes up to 2,500 km of non-stop flight and offers a maximum seating capacity for 5-6 people with a minimum level of comfort available on board. It is impossible for an adult to stand up straight as long as the cabin height it reaches only 150 cm.

Therefore, these planes came onto the market in the 1960’s and have been a mainstay ever since. The current market value of the light jet is low enough (an average of 4.5 million dollars) and its maintenance costs are not so high. Moreover, the light jet class offers the ability to land at much smaller airfields than its big sister ships.

The Brazilian made Embraer Phenom 100E is an inexpensive and economical five-seat business jet. It has a maximum flying range of more than 2100 km. Therefore, a spacious salon as well as excellent cabin equipment, which contributes to the reduction of a pilot’s workload, might be presented as the major advantages of this aircraft. The cabin interior is designed by BMW DesignworksUSA. The first aircraft was delivered in December 2008, when price was US$ 3.6 million, while price was $4.5 million in 2015.

The Cessna Citation M2 is one of the newest products of Cessna Aircraft, which belongs to Textron Aviation Holding based in the United States. The Citation M2 was launched in September 2011 as a new light business jet. It is the best representative of the light jet class which demonstrates high performance with cruising speed of 741 km/h and non-stop flight over a distance of 2,400 km with only a 4-seat configuration. Furthermore, it can be operated at the airports with short runways. The aircraft is single-pilot certified, equipped with the latest avionics system/options/package and offers a new level of comfort for passengers. The cost of this business jet goes up to 4.5 million dollars with operating costs about 1,300 dollars per hour.

This class of business jets is characterised by an increase not only in non-stop flight range (up to 5700 km) but also in the flight speed (up to 850 km/h). What is more, this aircraft is considered to be marked by a higher level of passengers’ comfort, since most models allow passengers to stand in a cabin at full height.

Particularly this jet class was built to perform transcontinental flights with a range of more than 3000 km and carry a large group of passengers. These airplanes are well suited for business or corporate aircraft applications. Currently it appears to be the most popular class of business jets. The price of these jets starts at 12 million dollars.

The main advantages of this model are: high range and ability to operate at the airports with short runways. Special attention was paid to the idea of improving the level of comfort: the aircraft has the widest fuselage in its class, the flat floor and passengers are able to to move within the cabin at full height. Moreover, it is equipped with a pressure control system and air conditioning. The aircraft has a seating capacity for 9 people and features twin Pratt & Whitney Canada PW306D turbofan engines.

Gulfstream Aerospace Corporation is an American wholly owned subsidiary of General Dynamics. The Gulfstream G150 flies farther at higher Mach speed than any other midsize business aircraft and does so with one of the lowest direct operating costs per hour in its class. Inside, an oval-shaped cabin provides ample head and shoulder room for up to eight passengers. In the cockpit, advanced flight-deck technology assures a smooth and safe ride.

In 2006, the 12-year production run of the G100 ended, and the Gulfstream G150 entered service to take its place. It was the first Gulfstream business jet to be certified by the FAA for Stage 4, the industry’s most stringent noise standard. The Gulfstream G150 demonstrates high performance with maximum cruising speed of 1050 km/h and non-stop flight range capabilities up to 5,500 km. A maximum operating Mach of 0.85 (1050 km/h) helped the G150 set 10 world’s city-pair speed records during its first two years of service.

The Canadian made Bombardier Challenger 350 is a super-mid-sized jet capable of traversing transcontinental distances. On May 20, 2013 Bombardier announced the Challenger 350, an improved version of the 300, and promised to begin deliveries in May 2014 at a price of 25.9 million dollars. The Honeywell HTF7350 powered Challenger 350 first flew on March 2, 2013.

The Challenger 350 aircraft is able to carry eight passengers 5,926 km non-stop at a cruise speed of Mach 0.80. With its newly derived engines, offering increased power and lower emissions, the Challenger 350 also offers the fastest time-to-climb in business aviation.

Business jets of this class are used to carry passengers for very long distances (up to 9,000 km) and deliver the ultimate luxury experience to transcontinental flight. Heavy jets are mainly utilized for large groups of passengers such as sports teams or celebrities with large entourages. The cost of this aircraft starts at 30 million dollars.

Dassault is an international French aircraft manufacturer of military, regional and business jets. The Falcon 2000 LXS is one of the best-selling business jets built by the Dassault company. It has great cruising speed and perfect avionics system/configurations/options; in terms of efficiency, Falcon 2000 LXS is comparable to turboprops, therefore, it surpasses them in speed.. It is the most fuel-efficient jet with fuel consumption per flying hour of about 800 kg/hr. Also, it has the lowest operating costs calculating about 3300-3500 dollars / hour.

The cost of this large aircraft is estimated at 30-40 million dollars. The biggest advantage of the aircraft is the large margin of safety which is extremely important for business aviation, as long as it indicates that, in comparison with other planes, these jets can be operated under more extreme conditions. Also, such aircraft can perform a take-off from the sites that other models find troublesome to be accelerated to the required speed at.

This model is considered to be an absolute favourite as it is capable, with the highest level of comfort and the speed of over 900 km/h, to carry up to 18 passengers covering more than 12 000 km. All these features allow the Gulfstream G650 to make non-stop flights from Moscow to Australia or South America. The aircraft demonstrates fuel-efficient flying at cruising mode, offers spacious interior and bigger compartments for luggage. Furthermore, there could be noticed a significant increase in flights’ safety as long as this business jet is very easy to operate. The cost of this business jet is over 65 million dollars.

The Falcon 7X is the world’s first business jet with wings that are usually used on high-speed military aircraft. Efficiency at high speeds and an increased flight range with more than 11 000 km without refuelling are the greatest advantages of these planes. Therefore, this aircraft is most strongly desired by diplomats and civil service employees. A Powerful liner with three engines is able to land at a steeper angle than its counterparts. This allows the owner of a business jet to save on the construction of long runways. the Falcon 7X is usually used by those who have a private island or are the richest people in the world.