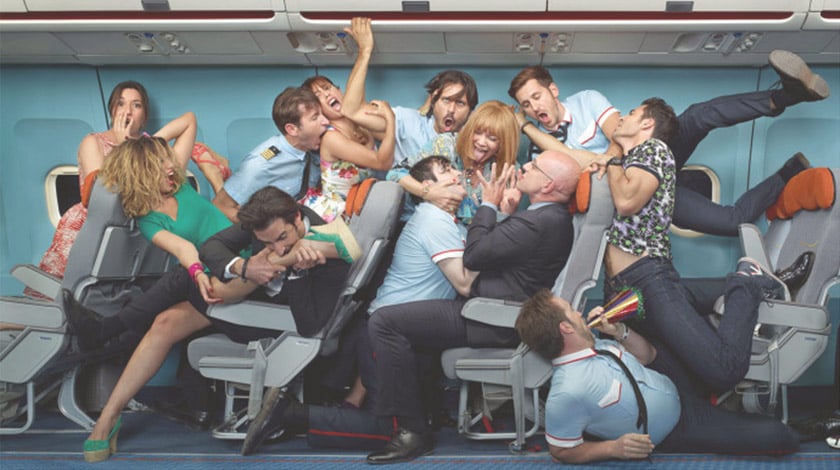 Smelly passengers and out of control children have emerged as the leading complaints of passengers in the annual www.Airlineratings.com “Passengers from Hell” survey.

Airlineratings.com, the global airline safety and product ratings website, surveyed its readers on 10 passenger types who they felt caused the most grief on planes.

Respondents were asked to rank passenger types 1 to 10 from the most irritating to the least.

According to AirlineRatings.com Editor-in-Chief Geoffrey Thomas, the level of frustration for the smelly passenger reflects a decline in hygiene standards.

“There has been a significant shift in passengers’ gripes about their fellow travelers, who are either not conscious of their odor or don’t care,” said Mr Thomas.

“With online or cell phone check-in now widespread, offending passengers are slipping through the traditional checks and only coming into contact with airline agents at the boarding gate. The agents, under pressure to get the flight away, let offenders slip through.”

On runaway kids, Mr Thomas said that “many parents think that the other 300 passengers on board are babysitters.”

The top two survey results also reflect the editor’s choice for the most annoying passengers.

Passengers who recline their seat, for a long time the most irritating passenger type, were ranked third.

The passenger who hogs the armrest came in fourth, a reflection of the ever-decreasing amount of space on planes and the increasing size of passengers. Passenger etiquette dictates that the passenger in the middle seat gets both armrests.

The increasing amount of carry-on baggage was fifth on the list. Carry-on baggage has become a major problem, particularly in the US, where many airlines charge for checked-in baggage. On most standard single-aisle aircraft there is not enough overhead baggage space to accommodate all the carry-on baggage.

The cramped conditions in economy catapulted the passenger with the weak bladder into the sixth position.

In seventh were the chatterbox and eighth passengers who did exercises in the aisle.

In ninth position was the arrogant and demanding passenger who insists on being served before anyone else and is constantly annoying the flight attendants, who are usually run off their feet.

Finishing in 10th place was the window hogger, who pulls at the window shade for the entire flight.