Worst Airports in The World 2015 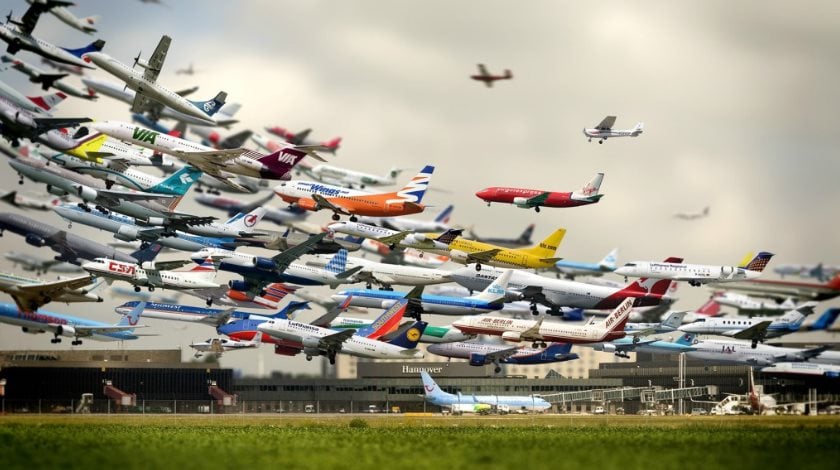 Every year, SleepingInAirports conducts a survey asking travellers to rate their airport experiences based on the services and facilities available within the terminal, cleanliness, customer service, comfort and their overall airport experience. Looking worldwide, there are a lot of airports that didn’t quite make the grade. Those that top our charts for worst airports in the world collected the most negative feedback from voters over the past year. These airports fall flat in terms of providing any kind of enjoyable overall airport experience. Instead, they’re dirty, uncomfortable, unfriendly and lack the most basic of services and amenities. They elicit passionate critiques from those who visit them, and countless warnings for future travellers to avoid these places at all costs. That said, if you do find yourself at one of the following 10 terminals, bring a serious amount of patience because you’ll most definitely need it!

Here are the Top 10 Worst Airports in the World based on overall airport experience as determined by voters in our 2015 Airport Survey:

This has to be the most corrupt airport in the world. ‘Bring money’ as they say in PH. It’s a standing joke. – a traveller.

Ranked as the worst airport in Africa and one of the worst in the world, voters suggested Port Harcourt Airport should also win the title of most corrupt airport in the world. The terminal’s unpleasant and unhelpful staff help to earn it this trifecta of atrocious awards. With virtually no seating, broken air-conditioning and a tent for an Arrivals Hall, it was a struggle for many voters to pass the minimum required amount of time here. The good news is that some areas of the terminal have been recently renovated, meaning you can expect actual walls, floors and windows. Though it is a far cry from reasonable, improvements are being made.

Immigration is a joke! Too few staff and when they are behind their desks they have no sense of urgency and will fiddle with their mobiles or chat to others. – a traveller

Jeddah’s International Airport elicited fervent responses from voters who were annoyed by the chaotic, crowded, unclean airport, particularly within the Hajj terminal. From smoking in non-smoking areas to the bathroom odour wafting out into the lounges, few people sang praises after spending time here. Multi-hour immigration queues with distracted and absent officers further aggravated travellers. All in all, JED is decidedly un-sleepable and arguably un-visitable. A number of voters suggested booking layovers elsewhere – at all costs. Travellers can however take heart – the new Jeddah Airport is said to be 85% complete and scheduled to open mid-2016. Hardly soon enough by the sounds of it! Most travellers familiar with the current JED just hope that the new airport comes with new staff and customs/immigration officers.

I had purposely dehydrated myself, so I wouldn’t have to use the restroom there – a traveller

Though Nepal’s only international airport gathered ample criticism over the past year, it is important to remember that the country itself has been under considerable pressure. In March 2015, a Turkish Airlines flight overshot the runway and skidded off the tarmac, closing the runway for several days. More severely, in April 2015 a devastating earthquake hit the country. The airport struggled to repair their sole runway and restore a flight schedule amidst a national emergency in an already struggling nation. Given this, voters had understandably poor experiences at the airport, particularly within the domestic terminal. Said to resemble a bus station, the terminal is most remembered for the poor state of its restrooms. The good news is that KTM is currently re-building the much-loathed domestic terminal. Officially, the terminal was set to be completed by the end of 2013 but recent events have stalled the official opening.

This airport is one of Dante’s circles of hell. The number one activity is waiting.

Tashkent International Airport acts as the primary airport for Central Asia. In spite of a few recent upgrades to the departures area, the queues and crowds at TAS continue to be a frustrating experience. Though queues at security are to be expected, TAS boasts remarkable queues at all stages of the airport experience. Worsening the situation is that these queues are often chaotic-verging-on-aggressive, and lack any form of crowd control. Travellers should be prepared to quite literally defend their spot in the mob from pushy passengers. After security, there are chairs in climate-controlled rooms, but securing one is of course, another story.

I´ve been to many airports but this airport…. biggest chaos ever, no matter if you´re at the international or domestic airport.

According to voters in this year’s survey, Caracas International Airport is chaotic, uncomfortable and dull. An absence of chairs and dirty bathrooms worsen the experience here – to say nothing of the low quality of food. Floor space is basically the only option for catching some shut eye during a layover, though the unsanitary conditions and nosey police officers will go out of their way to make this difficult. All said, the airport’s main redeeming features are the free WiFi and its two private lounges. Splurging for a day pass at the Admirals or Premier Club certainly eases the pains of a visit here.

I was stranded here for 8 hours waiting in 95 degree and no air-conditioning. Locals were yelling and screaming about the wait. – a traveller.

What travellers remember from time spent at the Port au Prince airport is the sweltering heat, the lack of chairs and a number of untrustworthy staff. Peace of mind and comfort are decidedly absent here, as are basic bathroom supplies in the washrooms that are cleaned sporadically at best. The baggage porters also collect their fare share of complaints for being overly aggressive and demanding. If travelling through here, this year’s voters strongly recommend keeping valuables and snacks with you. The good news is that renovations are said to be currently underway, giving a little bit of hope to the future of PAP.

Kabul International Airport has NO Facility at all. Adding it will be an improvement – a traveller.

Given the current political state of Afghanistan relative to other nations on this global list, we’re reluctant to criticize Kabul’s international airport too harshly. KBL’s international terminal has undergone a number of renovations over the last decade, making it a little more friendly to travellers. The domestic terminal does however leave much to be desired. Voters complain about overall cleanliness, a lack of comfort and the accountability of staff – but again, given the violence that often affects the airport directly, we understand that there are more significant concerns.

The only way this airport can improve is to get rid of all the bribery, you have to pay just to get out of the airport. – a traveller.

Ho Chi Minh City Airport’s rating has deteriorated in recent years thanks to allegations of corruption. Numerous survey respondents reported that customs officers ask for bribes in order to move through the process faster, and those that declined paying quickly faced problems or delays with their paperwork. Other complaints include poor Wi-Fi signals, dirty bathrooms and limited selection of restaurants. If visiting this airport, be sure to keep your valuables hidden and some small cash on hand – and consider filling up at the nearby Burger King before entering the terminal itself.

Security Staff are rude mannered, will not respond to your queries like you are not there. – a traveller.

Ranked the world’s “Worst Airport of 2014,” ISB has seen improvements in facilities and services over the past year. In December 2014 the airport’s unofficial Twitter account made mention that the airport was working to improve the ‘guest experience’. Since then they have upgraded the bathrooms, opened a new lounge and increased the number of check-in and immigration counters. The airport has also been working away on a much anticipated and much needed new terminal, which is set to be open towards the end of 2016. Until then, the existing terminals are still in need of a good scrub, and crowd control continues to be a problem. Staff have a ways to go in terms of providing a welcoming experience to guests, and improvements might begin with cracking down on corruption.

If the 7th Circle of Hell were a place on earth, it would be “Paris” Beauvais-Tillé. – a traveller.

By global standards, Paris Beauvais’ airport could be considered an upgrade in comparison to other airports on this list. Located in what is plausibly a sparsely furnished converted factory with pre-fabricated “temporary” 10-year old extensions, BVA was voted this year to be the worst airport in Europe. Grievances from voters are detailed and far-reaching, but generally revolve around the absence of chairs, kind staff, sufficient toilets and hygienic standards. Allegedly, there is Wi-Fi available at a cost to help ease your sorrows as you wait elbow-to-elbow for your flight; however, getting your hands on the password is apparently another mission in and of itself.