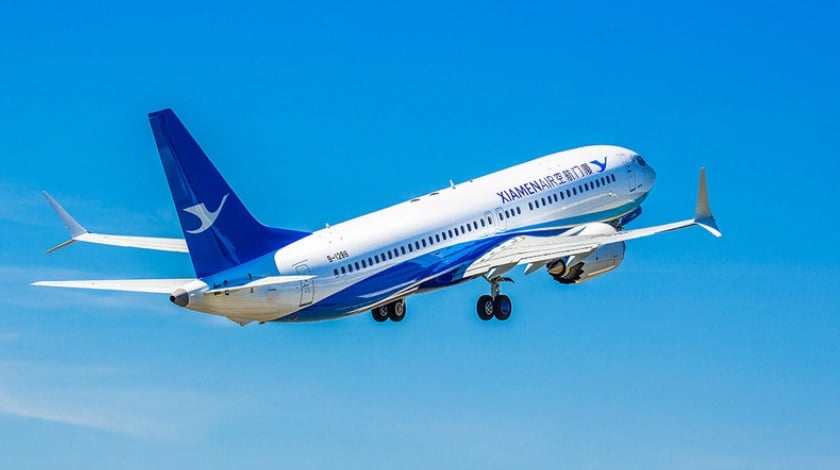 Xiamen Airlines took delivery of its first Boeing 737 MAX aircraft in Seattle, expanding the fleet to 200 aircraft, and, by doing so, formally entering the pantheon of the world’s largest airlines.

The 737 MAX is the best-selling civil aircraft in the history of Boeing, featuring excellent performance, flexibility and efficiency. The 737 MAX can offer passengers a more capacious and comfortable flying experience. Equipped with several of the latest technologies, including the winglet and a brand new engine, the aircraft outperforms the previous-generation model in flying performance, environmental protection and reliability.

With the addition of the aircraft, Xiamen Airlines passes a key milestone, with the size of the fleet now at 200 airplanes. The airline passed the first milestone of 100 planes in 2013, and continued to grow by adding roughly 20 aircraft per year and doubling the size of the fleet within five years. During the period, the airline’s operating profits also increased year by year, booking gross profits exceeding 10 billion yuan (approx. US$1.5 billion). The airline has been profitable for 31 consecutive years, reflecting the rapid growth in China’s civil aviation industry.

Che Shanglun, chairman of Xiamen Airlines, revealed that the airline’s rapid growth was mainly attributable to the economic stimulus that resulted from China’s reform and opening up and the constant improvement in the living standard across China, which, in turn, led to the massive boost in the demand for air travel. Over the past five years, the US, Europe and China recorded an average annual growth rate of roughly 4 percent, 6 percent and 10 percent in civil aviation passenger volume, respectively, while Xiamen Airlines experienced an average growth rate of 15 percent.