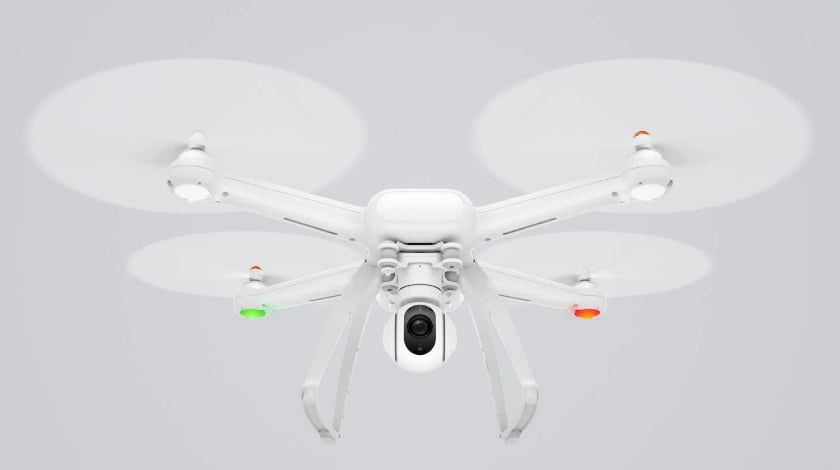 Xiaomi says that a pre-orders will begin for the 1080p version today, while a beta version for the 4k version will be given out to select users.

The drone marks Xiaomi’s most ambitious product yet, and comes at a pivotal moment for the company. Last year Beijing-based Xiaomi failed to hit its target of 100 million smartphone sales, reaching only 70 million. It also generated $564 million in “services” revenue in 2015 (which include money made from software, media and ads), below its stated goal of $1 billion. In order to justify its $45 billion valuation, just a hair from ride-sharing Uber’s, it must do more than sell commoditized hardware products.

Drones are a new and exciting category, with more room for growth than smartphones. Unfortunately Xiaomi’s drones, even at rock bottom prices, will likely do little to reverse the company’s fortunes.

Xiaomi has enjoyed success in China by pinpointing up-and-coming product categories, producing “good enough” versions of them, and then selling them online at low prices to edge out competitors.

The Mi Band fitness tracker, made in partnership with a separate company called Huami, was an even better example of how Xiaomi leverages its brand familiarity and e-commerce might to make winning, commodity products.

Just four months after it first went on sale, the $15 device was ranked as the second-highest selling wearable device during the first three months of 2015. It has since been eclipsed by the Apple Watch, but it remains a major player in the product category.

Can Xiaomi do the same for drones? It’s not clear.

Videos showing drones gliding through the sky regularly go viral, and journalists frequently pontificate about how they’ll change photography, logistics, and warfare. But they appeal to fewer people than smartphones or fitness trackers and they haven’t caught on with consumers. The Consumer Technology Association estimated that only 700,000 drones would be sold globally in 2015.

If its drones don’t sell, Xiaomi will have a dud on its hands. Investors will likely continue to assess its valuation as exceedingly high.

If consumers flock to it for the low price it could finally popularize household drones. Xiaomi would earn some short term profits. But once again, Xiaomi will face a wave of hardware commoditization—more players will enter the market and offer competing drones at even lower prices.

That is precisely what happened in China’s smartphone market. After Huawei caught on to Xiaomi’s online sales strategy, it copied it by introducing its online-only Honor line of phones. Now Huawei, not Xiaomi, is the country’s top Android phone vendor.

To justify its valuation, Xiaomi needs to make more money through software (or “services,” as it and other tech companies like to say), not hardware.

Its original business plan was to become the top vendor of smartphones, then earn larger profits from subsequent software sales and deals. It just hasn’t executed on that plan.

Action camera maker GoPro offers a cautionary tale. Its hardware sales are stalling and it desperately needs to invest in entertainment and video editing in order to keep up revenues and revive its plummeting stock price. But those efforts remain nascent, save for investments in virtual reality and deals with Roku and Playstation.

If Xiaomi can’t breathe fresh life into itself—through a drone, or some other product or service—it could face a similar fate.