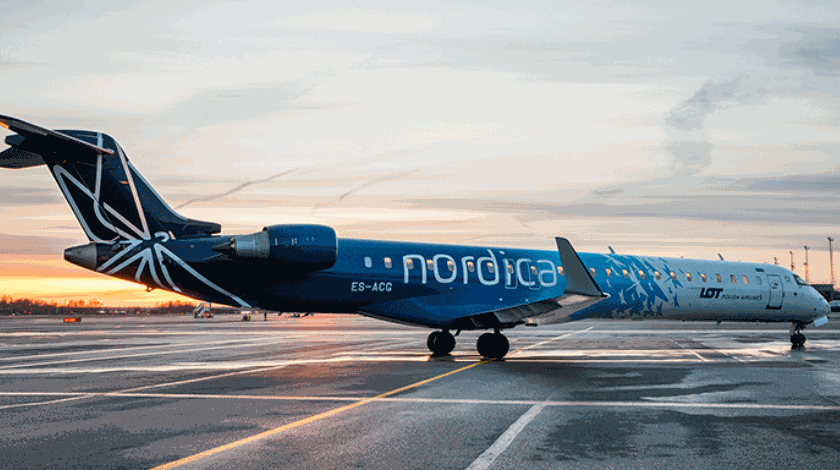 A 68 per cent surge in passenger numbers is behind an unexpectedly successful financial performance for Estonian national carrier Nordica’s second full year of operations, when it managed to achieve some 0.9 million euros of profits, despite a forecast loss of around six million euros for the period.

Jaan Tamm, chairman of the management board at Nordic Aviation Group, says that 2017’s performance was characterised by rapid growth, somewhat greater than originally planned, and significantly improved financial indicators.

“Building up a brand new airline isn’t easy, so having the support of the local population is critical. Thank you to everyone who’s flown with us for that trust,” he asser

The airline’s mission is to foster flight connections to Estonia, thereby supporting the development of Estonian society, the country’s economy and especially its tourism industry. In 2017, the number of passengers flying with Nordica from Tallinn grew by as much as 68 per cent, to 613,000 passengers, giving it a market-leading position at the capital city airport.

Due to the small size of the local market, Nordica’s objective is the building up of a sustainable and profitable business and includes a great deal of focus on the provision of services to and from foreign markets. In doing so the airline has the opportunity to achieve critical mass in terms of scale, whilst also reducing its unit costs and generating additional profits.

The Estonian airline started last year with six aircraft, but added a further 10 to its fleet throughout 2017, CRJ700s and CRJ900s, making it one of the fastest-growing airlines in northern Europe. Three new routes were launched during the year: to St Petersburg, Hamburg and Gothenburg, raising the number of Nordica destinations from 15 to 18.

Nordica, which has become one of the most competitive airlines in its region, currently operates 19 aircraft, making it the biggest airline in Estonian history. It exports its flight services to Sweden, Denmark, Poland and the Netherlands and employs some 450 aviation specialists both in Estonia and abroad. Nordica has a strategic partnership with LOT Polish Airlines, which has a 49% stake in it.