12-Minute Flight From Toronto to Niagara Falls Arriving This September 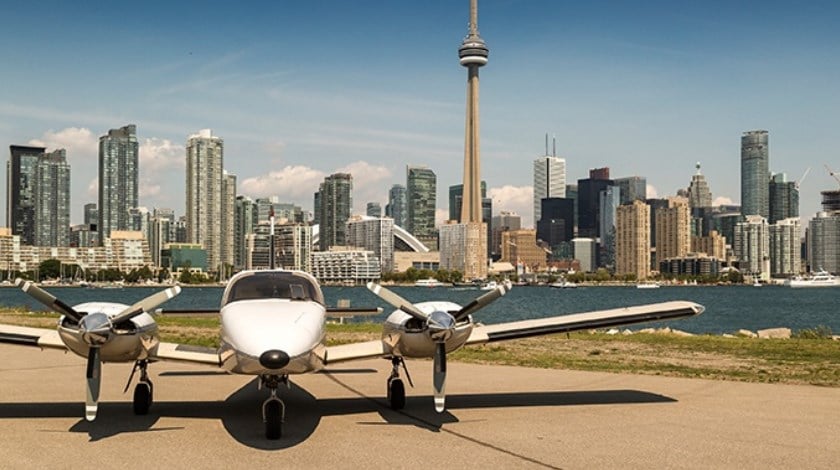 Starting this September, travelers will be able to fly direct from Toronto, Canada, to Niagara Falls—a trip that will take all of 12 minutes.

The service will be offered through Greater Toronto Airways starting September 15 between Toronto’s Billy Bishop Airport and the Niagara District Airport in Niagara-on-the-Lake.

Current commute options from Toronto to Niagara Falls include either a one-hour drive or 90-minute train ride, although Greater Toronto Airways’ CEO and President Chris Nowrouzi said he has driven for as long as three hours to make the journey in heavy traffic.

That’s why he decided to create a quick route for people to travel to and from the popular destination.

Travelers who wish to take the short flight can either book commuter services, which the airline will offer twice a day Monday through Friday, year-round, or book a private charter.

There will also be in-flight snacks and beverages available for passengers to enjoy on the speedy journey.

The flight is not the world’s shortest, with quicker commercial options including Loganair’s journey from Westray to Papa Westray in Scotland’s Orkney Islands (which can take as little as 47 seconds), and various five-to-ten minute flights that include LIAT airline’s five-minute flight from St. Kitts to Nevis and Olympic Air’s 10-minute trip from Karpathos to Kasos.

That being said, the flight will still be a short one.