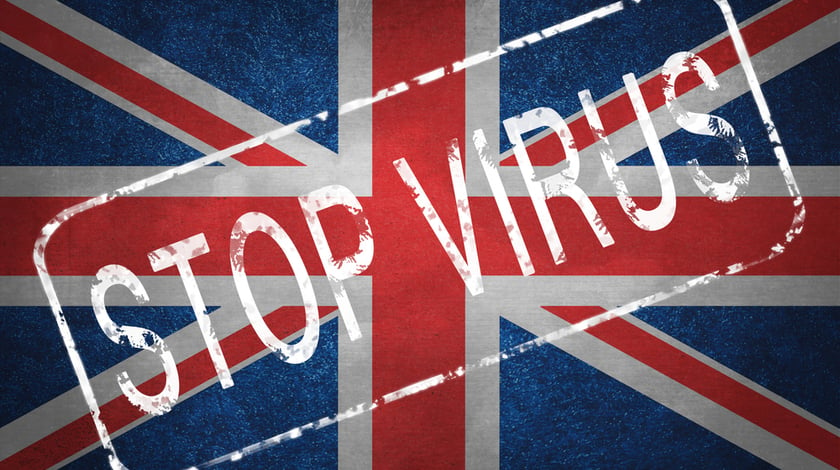 After the UK has reported a new variant of coronavirus, European countries have started imposing travel restrictions to and from the UK. Ireland, France, Germany, Italy, the Netherlands, Belgium, and others have been taking measures to prevent the spread of the mutating version.
Although health officials argue there is no evidence the new coronavirus form is resistant to vaccines or causes more severe consequences, it appears to be up to 70% more transmissible. Therefore, an ad hoc EU meeting on Monday will be oriented towards resolving this escalating situation.
France suspended all travel links, including freight lorries, with the UK for 48 hours, effective Sunday midnight. The ferry terminal at Dover is currently closed, in compliance with the French restrictions.
Ireland chose the same timeframe of 48 hours for all passenger flights ban (but not ferry traffic) arriving from England, Wales and Scotland “in the interests of public health, people in Britain, regardless of nationality, should not travel to Ireland, by air or sea.”
Germany will not allow passenger flights from the UK but will make an exception for cargo. The German police were immediately ordered to control recent arrivals from the UK.
Italy is taking a more serious approach and prohibiting all flights from the UK until January 6. The new variant is already present in the country – the person is self-isolating at the moment.
Belgium has banned all passenger flights from the UK for at least 24 hours. Besides, it has stopped train service to the UK, including the Eurostar.
The Netherlands is not willing to accept any flights from the UK until January 1. One instance of the new variant has been reported there, but it did not spread any further.
Other countries with active traffic bans from the UK include Poland, Norway, Austria, Romania, and Bulgaria. The UK’s prime minister Mr. Boris Johnson has introduced strict restrictions in parts of the UK to combat the new coronavirus strain, ruining Christmas holiday plans for millions.