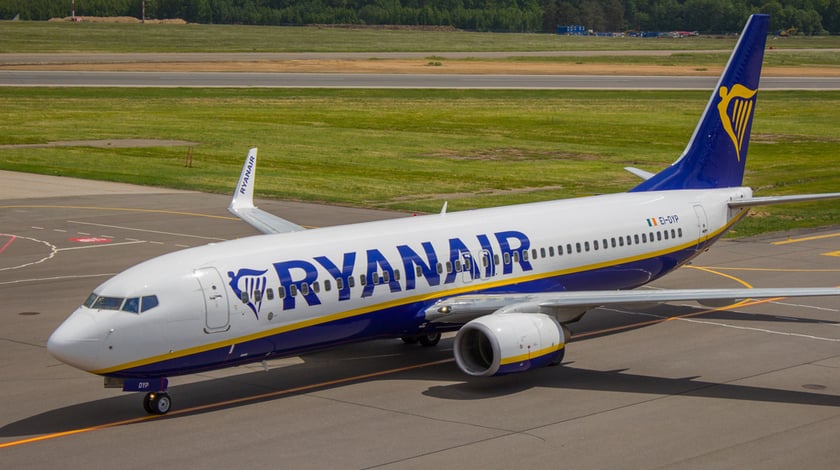 European leaders threatened on Monday to limit international air traffic over Belarus and possibly restrict its ground transport, after a Ryanair passenger plane was forced to land in an incident denounced by Western countries as “state piracy”, informs Reuters.

Western leaders reached for the strongest language to condemn Sunday’s incident, in which a Belarusian warplane intercepted a flight between Greece and Lithuania and forced it down in Minsk, where a dissident journalist was arrested.

Countries called for the release of 26-year-old Roman Protasevich, whose social media feed from exile has been one of the last remaining independent outlets for news about the country since a mass crackdown on dissent last year.

“This was effectively aviation piracy, state sponsored,” said Ireland’s Foreign Minister Simon Coveney, using language that was echoed by a number of other countries. Swedish Foreign Minister Ann Linde said: “It is dangerous, reckless, and naturally the EU is going to act.”

The French presidency said a request had been sent to the International Civil Aviation Organization (ICAO) to suspend international flights over Belarusian air space. Banning the Belarusian state carrier Belavia from European airports would also be discussed, as well as unspecified measures regarding ground transport links.

A Latvian airline, airBaltic, became the first to announce it would no longer use Belarusian air space, and Cyprus-registered Avia Solutions said its Lithuania-based airlines would do the same.

Lithuania’s transport minister, Marius Skuodis, said Poland’s LOT and Hungarian airline Wizzair would follow suit and announced that all flights to and from Lithuanian airports must from midnight GMT avoid Belarusian air space.

Still, the options for Western retaliation appear limited. The Montreal-based ICAO has no regulatory power, and the EU has no authority over flights taking off and landing in Belarus or flying over its air space, apart from direct flights that originate or land in Europe. Belarus has shrugged off previous rounds of EU and U.S. financial sanctions.

Before a scheduled meeting of the 27 EU national leaders in Brussels, Lithuanian Prime Minister Ingrida Simonyte said she would urge partners to close Belarus’s airspace to international flights. She did not explain how this would be achieved.

She later proposed that institutions such as the European Investment Bank should not participate in projects that finance Minsk. Her government advised citizens to refrain from travel to Belarus and urged those already there to leave.

Belarus says it was acting in response to a bomb threat on the flight, which turned out to be a false alarm. It said on Monday its ground controllers had given guidance to the flight but had not ordered it to land.

State media said the decision to intervene had been ordered personally by President Alexander Lukashenko.

Russia, which has provided security, diplomatic and financial backing to Lukashenko, accused the West of hypocrisy. It noted that in 2013 a flight from Moscow carrying Bolivia’s president had been diverted to Austria after reports fugitive U.S. intelligence leaker Edward Snowden might be on board.