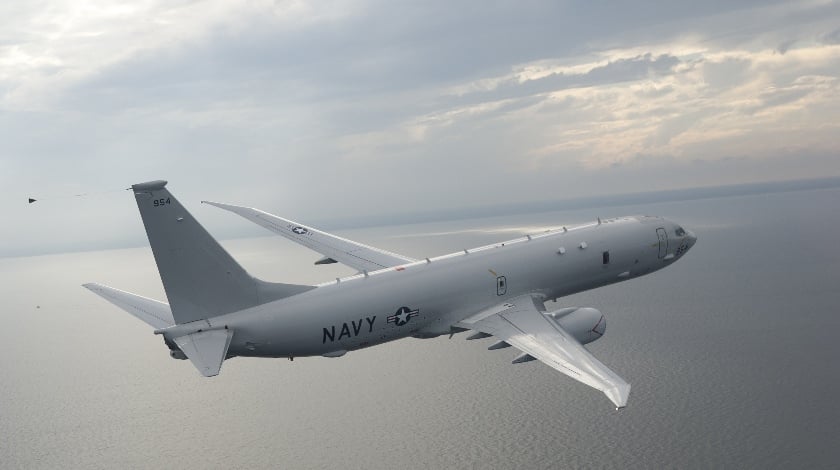 The agreement also includes options for 32 additional aircraft, as well as money for long-lead parts for future orders. After exercising all options, the total contract value will be $6.8 billion. This comprehensive award reflects a commitment by Boeing and the Navy to achieve pricing and production stability, two keys of successful program performance.

“The P-8A is a textbook example of Boeing’s commercial derivative expertise,” said Jamie Burgess, vice president of Boeing Military Aircraft’s Mobility, Surveillance & Engagement division and the P-8 program manager. “Every day our customers get to fly incredible aircraft that perform exceptionally well and are built by the best of Boeing.”

The Navy will receive 11 aircraft, while Australia will expand its P-8A fleet with four more. The U.K.’s first two P-8A jets are part of the agreement, with first delivery set for 2019.

Boeing so far has delivered 53 Poseidons to the Navy and two to the Royal Australian Air Force.

Based on Boeing’s Next-Generation 737-800 commercial airplane, the P-8A offers the world’s most advanced anti-submarine, anti-surface warfare and intelligence, surveillance and reconnaissance capabilities. The U.S. Navy has deployed multiple squadrons around the globe since operations began in 2013, accumulating more than 96,000 flight hours to date.

The Indian Navy currently flies the P-8I variant of the aircraft. They have received eight aircraft to date and in July 2016 signed a contract for four additional P-8Is.