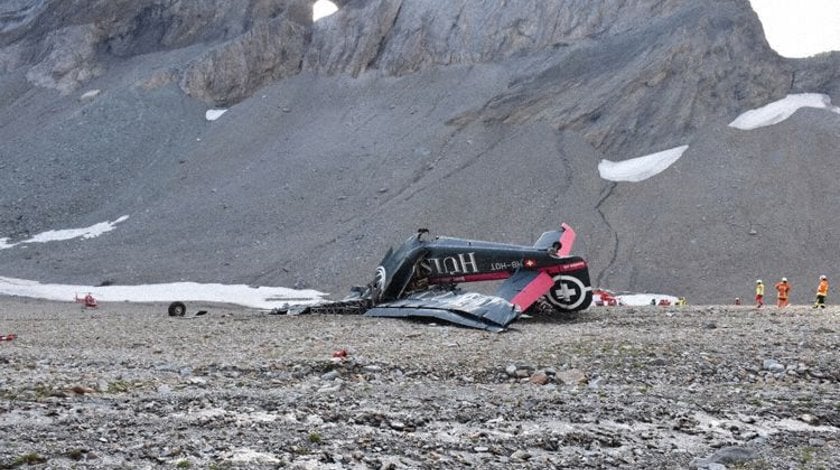 Swiss authorities have confirmed that all 20 passengers and crew onboard a vintage Junkers JU-52-HB-HOT were killed when the aircraft crashed in the Swiss Alps on Saturday.

The plane was flying from Locarno, near Switzerland’s southern border, to the airline’s base in Dübendorf, a suburb of Zurich.

Local Police confirmed a Junkers aircraft crashed at Piz Segnas, no further details are known, 5 helicopters have been dispatched for rescue and recovery. Police later added, the wreckage is at an elevation of 2540 meters at the western flank of Piz Segnas. A flight restriction to protect rescue and recovery operation was issued.

In a press conference on Aug 5th 2018 local police reported all 17 passengers and 3 crew were killed in the accident.

Local Police have handed the investigation to the federal prosecution office. Switzerland’s SUST stated that the aircraft did not collide with other aircraft or cables, there is no indication of external influences, the aircraft also did not lose any parts prior to impact. The aircraft came down nearly vertically at high speed, the reason for this scenario needs to be determined.

There was no emergency call and no post-impact fire. Ju-Air stated the captain, ex Airforce and Swiss, had 900 hours on type, the first officer, ex Air Force, Swiss and Edelweiss, had 250 hours on type. Ju-Air have suspended their operations, the museum is also closed.