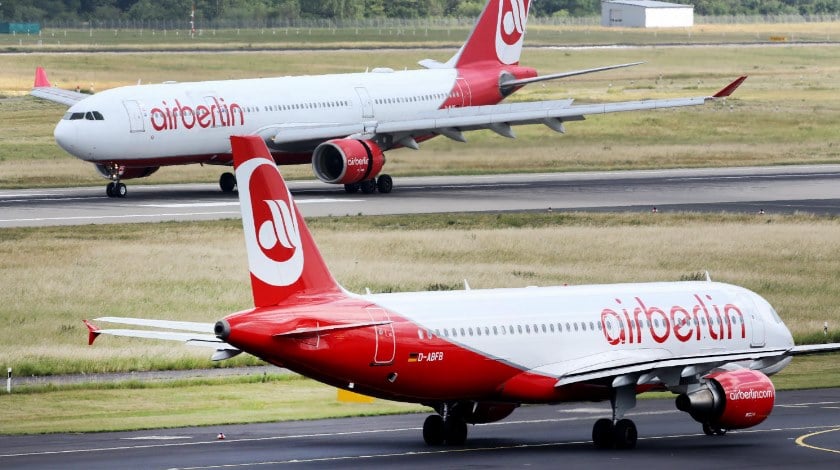 In what has been seen as a wildcat strike, 200 Air Berlin pilots called in sick on September 12, at short notice, forcing the insolvent carrier to cancel over 100 flights, resulting in chaos at many German airports and the cancellation of a number of trans-Atlantic flights.

With the ailing carrier presently up for sale, its chief executive, Thomas Winkelmann, accused pilots of ‘playing with fire’ as their action is likely to cost the carrier many millions of euros, while also making it less attractive to any would-be buyer. “A stable operation is an essential precondition for successful negotiations,” Winkelmann said, adding “This is the only way we can protect as many jobs as possible.”

It has been reported by German media that the dispute with pilots is centered on the transfer of staff to a new owner.

The cost to the carrier is even more critical, as it is currently in receipt of an ongoing 150 million euro (180 million dollars) bridging loan to allow it to continue to operate while a buyer is sought, as the airline would be more attractive if sold as a going concern. So far, interest has been shown by Lufthansa, Air Berlin’s principal rival and Germany’s leading domestic and international airline. Ryanair and easyJet have also expressed interest. Bids are to be submitted by this Friday coming.

Air Berlin was forced to seek insolvency protection in August after its major shareholder, Etihad, withdrew supporting payments which have allowed the loss-making carrier to continue operating.