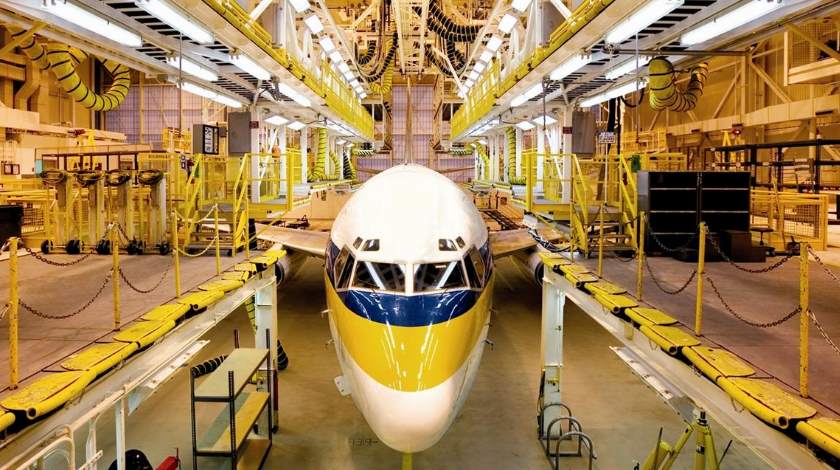 South African Airways Technical (SAAT) and AAR Corp. signed a memorandum of understanding in June to establish a joint venture partnership that aims to cut SAAT’s cost and grow its third-party MRO work through a focus on supply chain and airframe maintenance.
Airframe heavy maintenance and modification expenditures in Africa will generate $311.7 million this year.

The net change in this region’s fleet will be 235 more aircraft in 2016. New aircraft deliveries in 2016 will be worth more than $44 billion, according to Aviation Week forecasts.

Aviation Week also forecasts that operators in the Asia-Pacific region, excluding China, will generate more than $3 billion on line maintenance in 2016.

The civil aviation market in this region will be worth $2.9 billion in 2016.
In late November, Linetech Holding of Poland purchased Adria Airways Tecnika of Slovakia. It will give the combined company the opportunity to work on 13 parallel projects including Airbus, Boeing, Bombardier and Embraer aircraft, according to Mirjana Ceh, deputy CEO of Adria Airways Tehnika and CCO of Linetech.

Operators will take delivery of 77 new aircraft—bringing the fleet to 661 by 2016. Air India announced in November that it plans to offer a global tender to enable it to lease 15 additional Airbus A320s.

Delta Air Lines in November announced its intention to acquire up to a 49% stake in AeroMexico. It already holds a 4.17% stake, and the companies opened the joint venture maintenance company TechOps Mexico in March 2014. TechOps Mexico performs maintenance on Embraer 145s and 190s; Boeing 737NGs, MD-88s and MD-90s.
The Latin American region, including Mexico, will spend about $305 million on airframe heavy maintenance in 2016.

Widebody aircraft, already holding a higher share than most of the rest of the world’s fleet, will expand from 47% in 2016 to a 58% share in 2025, according to Aviation Week forecasts. Emirates operates an all-widebody fleet.
Airframe heavy maintenance expenditures are expected to reach nearly $500 million in 2016.

Commercial aircraft engine maintenance will account for $6.5 billion of the total MRO tab.
Airlines will take delivery of nearly 400 new aircraft, while more than 200 aircraft will be retired. The Bombardier CS100 finished its flight testing in November, received Transport Canada type certification in December and plans to start deliveries in 2016.
New commercial aircraft deliveries should be worth over $42 billion at retail prices.

Expect operators to retire more than 110 aircraft after taking delivery of nearly 370 aircraft worth $47 billion.
Western European operators will spend about $4.7 billion on line maintenance in 2016. Monarch Aircraft Engineering provides line maintenance at several airports in the U.K., as well as in Copenhagen; Malaga, Spain; Warsaw, Poland; and Kiev, Ukraine.