5 Myths About a Pilot Job 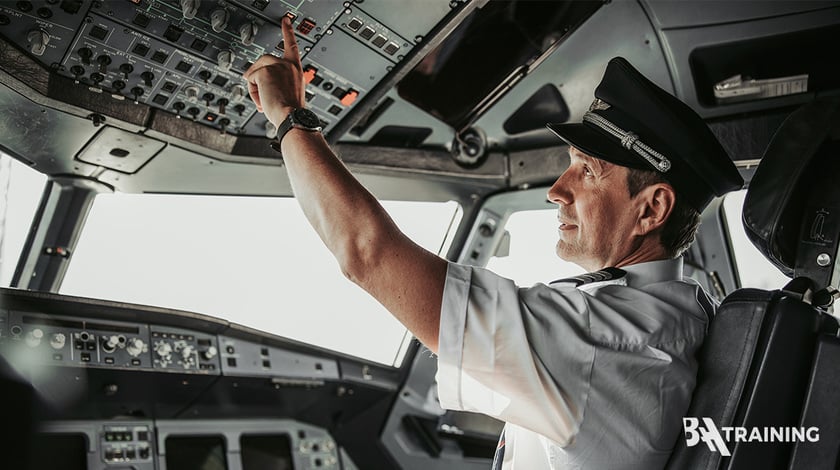 Consciously or not, people sometimes spread disinformation or, simply put, – rumors. They are about lots of things, including a pilot job. There is nothing wrong with having discussions – it’s even commendable. However, sometimes excessive reliance on the stories of others or their own imagination but not robust knowledge results in people not making informed decisions. For example, they may choose not to pursue a pilot career because of common biases. Go through the headlines of the below article – has at least one of these thoughts ever come to your mind? If yes, continue reading to realize they are myths.

1. A pilot is barely needed – an aircraft flies on its own

It’s hard to believe, but some people think that a pilot turns on an autopilot mode, asks a flight attendant to bring a cup of coffee, and chills out for the rest of the flight. In reality, that is not true. Generally, the pilot will handle takeoff and only then initiate the autopilot. Although the automated system remains active for the entire flight before it is switched off right before landing, the pilot or the co-pilot must be cautious and control it. Theoretically, anything can happen at any minute: engine failure, depressurization, fire, etc. In this case, a pilot sometimes has fractions of a second to take this or that action.

It cannot be denied, though, that modern aircraft ease the work of pilots tremendously. Even the landing can take place without a pilot’s intervention at times in suitably equipped airfields. In some airfield types, however, it is strictly prohibited. Therefore, it would be way too soon to exclude a human from operating an aircraft.

2. An untrained passenger can land a commercial aircraft

Although many of you might have seen this in movies, the reality is nothing like fiction. Multiple factors would play a determinant role in the success of the impromptu touchdown. They include weather, type, and weight of aircraft, a passenger’s confidence level, connection with air-traffic controller (ATC), etc. However, even in the best-case scenario, provided that the ATC is giving clear instructions and no abnormality occurs, the inexperienced individual would still have to be quick enough and not panic, which not many could accomplish. Our attitude towards this question is this: if a passenger has never flown a plane or used a flight simulator, there’s a very slim chance they could land the airplane safely.

While a passenger may attempt a talk-down landing in the event of the incapacitation or death of an aircraft pilot, no official records of such landing exist. But there have been incidents where licenced pilots traveling as passengers have taken the co-pilot’s seat to assist the pilot. As for a single-engine aircraft, there was a case in 2019 when the instructor of a two-seater Cessna 152 lost consciousness during flight training from Jandakot Airport, Perth, Western Australia. The 29-year-old student, Max Sylvester, landed the plane safely on his first flight lesson.

3. A pilot has no time to create a family

The work of a pilot does include a lot of traveling, which is a well-known fact. However, keeping a work-life balance is still possible when you are a pilot, although many are not convinced. If you work for a low-cost, charter, or short-haul airline (e.g., Ryanair or Vueling), you can expect not too much time away from home. Vueling says it operates both fixed (5 on – 4 off) and variable rosters, whereas Ryanair has a fixed roster of 5 earlies on – 4 off, then 5 lates on – 4 off. If your employer is a legacy short-haul airline (e.g., Lufthansa or KLM), you might be absent from home from two to four nights a week. British Airways, Emirates, or Cathay Pacific may require you to go on more extended tours, but you can count on more time off afterward. 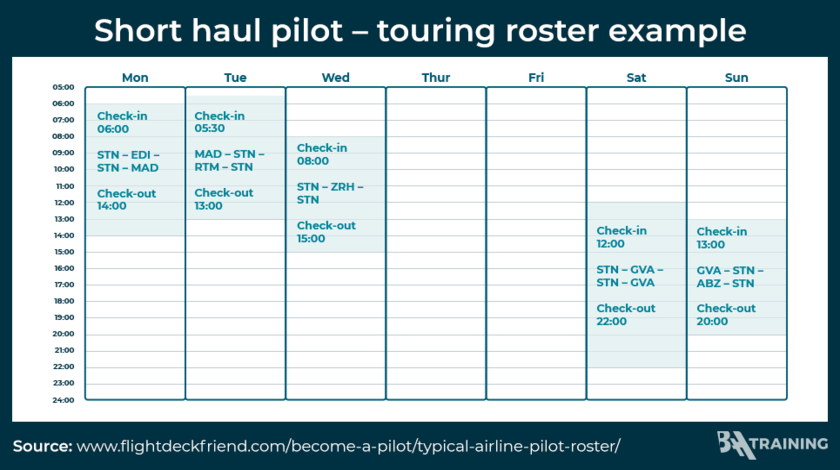 Overall, a pilot’s schedule does not deprive you of your opportunity to create and maintain your personal life. It will highly depend on the airline with what regularity you will be traveling. To some extent, commercial pilots can influence their monthly schedule set up and arrange some time off whenever an important event is approaching.

4. If you have the money, you can be a pilot

While it is true that money can bring you one step closer to making your dream come true, it’s only part of the essentials to take care of. The other part is about proving that you are “suitable“ and have the right skillset, attitudes, and motivations. Aviation training organizations (ATOs) like BAA Training carry out extensive assessment processes to shortlist those who demonstrate the desired traits and behaviors irrespective of their ability to cover the training expenses. Some applicants can pay but fail the initial assessment, so performing objective evaluation is the key. An airline pilot must work within a cohesive team while coordinating actions and providing honest and clear feedback. Imagine the applicant is not a good team player – what are the chances they will find themselves comfortable on the flight deck talking to other pilots, ATCs, and flight dispatchers?

5. The investment in pilot training will never pay off

Although pilot training is usually expensive, the rewards can be great and serve you well throughout your entire career. In the beginning, like in any type of job, the earnings might not be fantastic but at the same time not modest. You might decide to instruct for some time or fly regional as you kickstart your career. However, once you have “paid your duty,“ collected the required number of flight hours, and have been in the field for a while, you will be building a solid financial ground.

On average, it does not take more than two or three years for a flying First Officer to recoup the investment and start earning well. Before the Covid-19 pandemic, First Officers typically earned between € 35,000 and € 120,000 a year, while Captains got between € 80,000 and € 250,000 a year. The amount in question varied significantly and depended on experience, length of service, and aircraft type.

On a different note, the investment needed to acquire a pilot profession is not the highest compared to some other jobs. For instance, future physicians should be prepared to spend way over €200k on professional training. Moreover, they would be expected to get a pricy Undergraduate Degree beforehand and move on with the Post Graduate, which is time-consuming. In contrast, a prospective pilot is not obliged to have an Undergraduate Degree. They also need two years on average to get to the cockpit of a commercial airplane, with the investment being roughly two times lower than that of a physician. Noteworthy, the salaries’ range of the two professions is very similar. 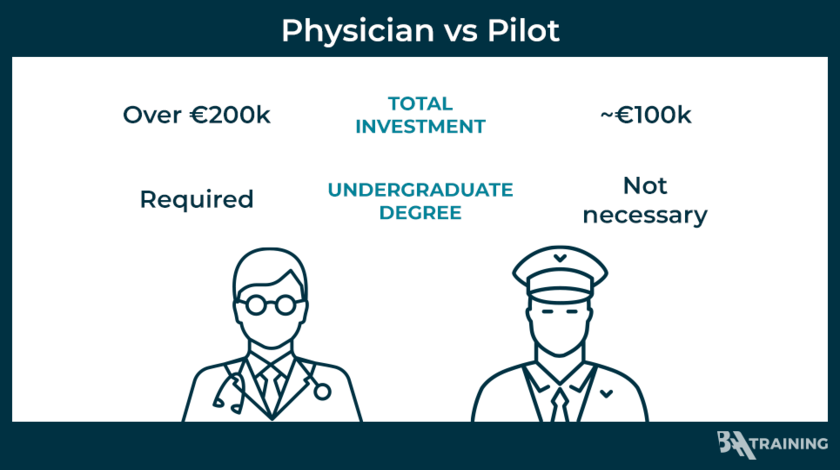 Enroll now, the future will thank you later

This article is a kind reminder for you not to rush to conclusions and use your critical thinking. A pilot profession is very respectful, prestigious, and well paid. People are designed in a way to pursue their dreams. So even if the job may have lost some of its glamour recently, you should still do what you want. Otherwise, you will be forced to fulfill someone else’s dreams. So enroll in Ab Initio training now and get ready to welcome the long-awaited aviation recovery that will have come just by the time you graduate. As they say, choose what you love doing, and you will not work a single day in your life.