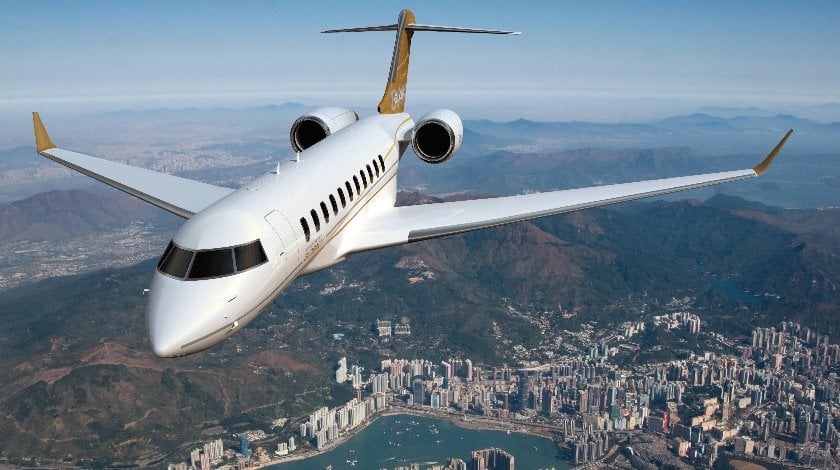 If you are about to looking at new private jets with the intention to buy, it may be worth waiting for one of the newest models coming on to the market in the next few years.

Despite a tough market, aircraft manufacturers have invested in new private jets and have upgraded existing ones to give prospective buyers plenty of options. Corporate Jet Investor has rounded-up of list of new private jets coming in the next year or two that we think are well worth waiting for.

The pitch: Finally a Citation that will take you further than 4000nm.

The background: The biggest and farthest flying Citation to date was unveiled during the 2015 NBAA show in Las Vegas. The announcement didn’t give a lot away about the aircraft, just some very basic stats and a picture. Cessna did take a mock-up of the aircraft cabin to the show, saying that they were looking for feedback from potential customers.

How much will it cost? No fixed pricing for the Hemisphere has been released, however it’s believed that the aircraft will cost between $30 – $33 million.

Who wants it? According to Cessna, its customers have been asking for a larger Citation for some time.

The pitch: Evolution of the 250+ selling Dassault Falcon 7X that features a one meter fuselage stretch and an extra 500nm in range

The background: Announced at the 2014 EBACE show in Geneva Switzerland, the Falcon 8X is a one meter stretch of the 250+ selling Falcon 7X.

As well as adding a fuselage plug before and after the wing-box, Dassault also strengthened the already impressive supercritical wings to allow greater fuel loading.

The result is that the Falcon 8X ups the range from the Falcon 7X that it’s derived from by an additional 500nm.

And while 500nm might not seem like much, on a transatlantic flight to Paris, it could be the difference between making a fuel stop in London, or being able to fly directly onto Paris.

How much will it cost? The Falcon 8X will cost $48 million, a good $5 million more than the Falcon 7X.

Who wants it? Dassault Falcon 7X customers who need that extra bit of range, and partners of principle passengers who are convinced that three engines are safer than two.

When can I have one? If you put your deposit down now, Dassault will hand you the keys in the second half of 2016.

The pitch: The Falcon for non Falcon people.

The background: Previously known as the Falcon SMS, the Falcon 5X first broke cover at the 2013 NBAA exhibition in Las Vegas. It’s a twin-engine aircraft that is designed to be the Falcon for non Falcon people. It’s also the first application for SNECMA’s Silvercrest engines, which have caused a slight delay in the aircraft getting its first flight.

How much will it cost? The Falcon 5X will cost an estimated $45 million.

Who wants it? The Falcon 5X has the largest cabin cross section in its class. By introducing the 5X Dassault have plugged the gap between customers jumping from a Falcon 2000 series aircraft to the larger Gulfstream G450. And with Gulfstream introducing the G500 as the eventual replacement for the 450, some clients could switch allegiance due to the wider cabin.

The pitch: Follow on from the 400+ selling Gulfstream G450, the G500 is an all new clean sheet designed twin engine business jet offering more range than the aircraft it will (finally) replace.

The background: Following on from years of speculation about Gulfstream’s mysterious P42 project, the company finally announced the G500 in October 2014, having seemingly forgotten that they’d already used the G500 name 10 years prior.

The G500 saw Gulfstream finally moving towards fly-by-wire, with the traditional yoke replaced by a side-stick. And while the G500 and G600 may not have gotten brokers and financiers too enthused, the new Honeywell Symmetry Flight Deck with its 10 touch-screen controllers and head-up-displays is a work of art.

Who wants it? Loyal Gulfstream customers who have operated G’s since the Gulfstream IV days.

The background: Bombardier’s 750+ selling Global family was first introduced with original Global Express in 1993, and followed up in 2001 with the shorter range (and smaller) Global 5000.

Although minor changes have been made to both original models, with associated name changes as well, Bombardier went back to basics with the design of both the Global 8000 and it’s larger stable mate the Global 7000.

But out of the two, it’s the Global 8000 that’s created the most buzz. Although it’s slightly smaller than the 7000 and can carry four fewer passengers, it can fly 600 nautical miles further.

How much will it cost? The price for a fully outfitted Global 8000 is currently estimated to be $71 million.

Who wants it? People who regularly fly long distances, who want to do it non stop. Including Australians who want to reach the US west coast non stop.

The background: With Pilatus selling over 1400+ of its PC-12 turboprop, a move into light jets was inevitable.

When Pilatus did make its move into jets, it stuck to the road most traveled, and effectively designed a jet aircraft with all the characteristics of its PC-12. The result, is what the company calls SVJ – Super Versatile Jet – a light business jet with a side cargo door that can land on unpaved strips.

Who wants it? Pilatus took the rather interesting step of having a live order board when they opened up the order book at the EBACE show in 2014.

When can I have one?You’re going to have to wait until at least 2020.

The pitch: Fly faster than the speed of sound, and arrive before you left.

The background: Until Concorde was retired in 2003, it was possible to leave London in the morning, and arrive in New York before you’d left.

But Concorde’s main problem was that it was confined to routes almost exclusively over water, as the sonic boom created when the aircraft broke the sound barrier created an enormous amount of sound energy. There have been many studies in how to mitigate this, but so far nothing has worked.

This means that the AS2 will only be able to travel at full speed over water, at other times it will have to fly subsonic.

This does however mean that the AS2 will be able to speed across the Atlantic from London to New York in just three hours.

How much will it cost? It’s going to cost a cool $120 million

Who wants it? People who are in a hurry.

When can I have one? It’s going to take a while, the first flight isn’t scheduled until 2021.