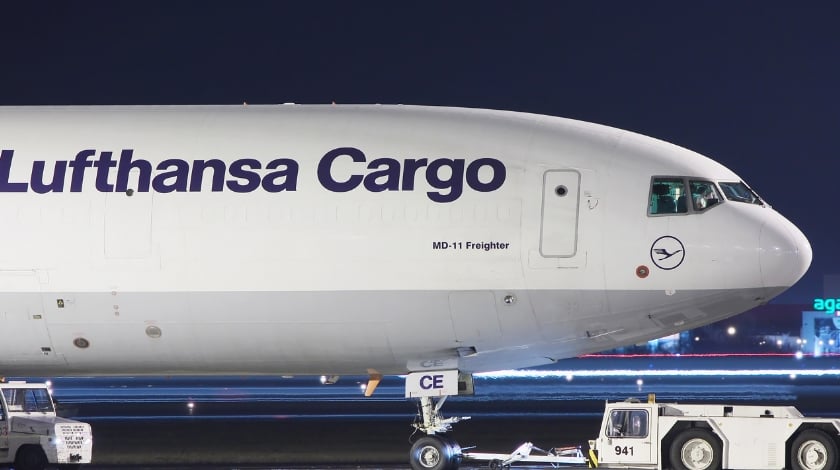 The week after Lufthansa’s catering business indicated it was considering cutting 2,400 jobs in Europe over the next five years as a result of competition from low-cost rivals and Middle-Eastern carriers, Lufthansa Cargo has announced that 800 jobs worldwide are to go as well.

The logistics unit of Deutsche Lufthansa AG expects 500 of the jobs to go will be in Germany, mainly through early retirement. The hope is to reduce costs by €80 million on an annual basis as part of its C40 cost-cutting program announced last year. According to Lufthansa: “These job cuts will be as socially acceptable as possible. Working with our co-determination partners, we will prepare the implementation of these cost measures over the coming months and provide our company with a new, leaner organisational structure which is based on our customers’ needs.

“C40 will help us to achieve competitive unit costs. At the same time, we want to make it significantly easier to deal with Lufthansa Cargo by making processes more efficient at customer touch points. Lufthansa Cargo’s global network reach and capacity offer will not change as a result of C40.”

In 2015 the Lufthansa’s logistics division, which icomprises predominantly Lufthansa Cargo but which also includes ULD management firm Jettainer and Aerologic, posted earnings before interest and tax (ebit) of €3m, well down from €123m in 2014. At the beginning of this year the cargo division was running at a loss again owing to overcapacity and weakened demand.

During the first three months it recorded an ebit loss of €19m compared with a €52m profit in 2015 and last week IATA reduced its growth forecast for air freight demand in 2016 down from a previously predicted 3% to 2.1 percent, due to weak global GDP and trade growth. Lufthansa also anticipates profits of its cargo arm to drop substantially this year from EUR€74 million (USD$83 million) in 2015. It has already grounded two MD11 freighters because of lower market demand.